Brazilian top-division football club Cruzeiro has claimed a world first by launching its own poker league through a new partnership with brand PPPoker. 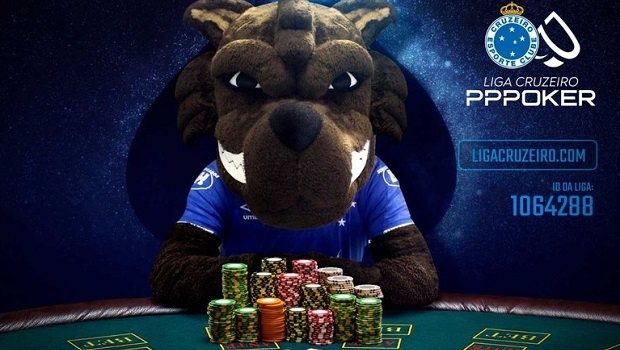 Brazilian top-division football club Cruzeiro has claimed a world first by launching its own poker league through a new partnership with brand PPPoker.

Fans of the Belo Horizonte club can play in online competitions between themselves on a dedicated website, Liga Cruzeiro, and enjoy a series of promotions through the partnership.

Under the terms of the deal, PPPoker’s branding will also appear on Cruzeiro’s shorts throughout the course of the 2019 Série A season.

Rene Salviano, Cruzeiro’s commercial and new business director, hailed the deal as a symbol of Brazil’s embracing of online poker, citing figures that suggest the online gaming market will jump from R$2.2bn to R$3.2bn (€700.0m/$780.0m) in the next three years.

“It's another international company we are bringing to Cruzeiro,” Salviano said. “We are further enhancing our brand with the joining of important corporations worldwide, as well as inaugurating a new commercial space.

“Cruzeiro is out in front again. We have brought to us a great partner in one of the fastest growing niche markets in the world. We are seeking projects that are successful across the planet and bringing them into our universe.”

The league’s first tournament, to be held this weekend, offers the winner tickets for a forthcoming match.

According to Cruzeiro, PPPoker is owned by Chinese gaming group Elex Tech and is active in more than 60 countries, including Brazil.

“We are certain that the result of this cooperation will be unbelievable,” said Jiang Frank, PPPoker's global marketing director.

A number of major Brazilian clubs have agreed partnerships with gambling companies recently. Santos has linked up with Casa de Bets, while Corinthians has signed a shirt sponsorship deal with sportsbook operator MarjoSports, and NetBet has sponsorred, Fortaleza and Vasco da Gama. The deals have been struck in the wake of Brazil's outgoing president Michel Temer signing legislation that gives the country's Congress a two-year window to develop and implement sports betting regulations in December 2018.