XB Systems, owner of esports betting operator Buff.bet and content aggregator Buffhub, will be publicly listed on the Vienna Stock Exchange (Wiener Boerse) Direct Market Plus, and the Deutsche Börse XETRA from 15 March, 2021. 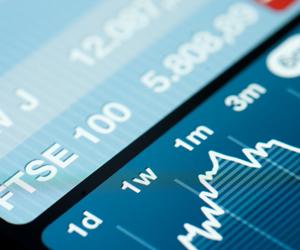 The company’s 6.3m issued shares are expected to begin trading with an opening price of €6.00 per share.

In the past year, XB Systems has seen a surge of activity in the esports segment of its business, it said, with the Buff.bet wagering brand recording a large increase in terms of player acquisition, retention and activity on its esports betting markets.

Since adding new esports title Valorant to its portfolio last year, it has managed to provide the widest selection of live betting markets on the title available in the industry, it said.

Through its target markets of the CIS, Europe and Asia, XB Systems expects Buff.bet to consolidate esports as a key wagering vertical and expand to new territories in the next few months.

The operator also recently signed a partnership with affiliate network Catena Media, and through its position on Catena’s AskGamblers site increased its traffic in certain markets by over 27%.

Over the last two years, the operator has made several acquisitions, including Fusion.bet, X-bet.co and eSportbet.

“Today’s news is more than just the next phase in XB Systems’ evolution,” said the company’s chief executive, Daniel Miller.

“It’s a validation for the entire potential that esports is showing over the last several years. The industry is enjoying phenomenal growth and our company’s listing will allow us to raise the profile of the business on a global scale.”

The deal saw XB Systems take over the management, operations, domain and assets of the merged business, while UltraPlay remained the platform provider for the brand.