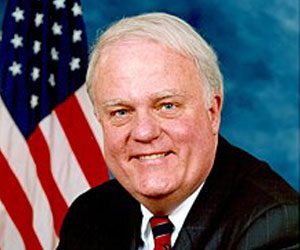 A senior US politician has attempted to resurrect arguments in favour of restoring the Wire Act in a letter to US Deputy Attorney General Rod Rosenstein.

Wisconsin Representative Jim Sensenbrenner, chairman of the House Subcommittee on Crime, Terrorism, Homeland Security and Investigations, asked Rosenstein as to whether he believes the Wire Act, which effectively acted as a federal ban on iGaming still has legal weight.

His attempts to resurrect discussion over the act comes around seven years after the Department of Justice's Office of Legal Counsel (OLC) said that the 1961 legislation was not applicable to online gaming, in a response to queries from the New York Lottery and Illinois Governor's Office regarding online lottery sales. Recent developments in sports betting have come about despite the act still being on the statute book as legislation has been introduced at a intrastate level in states such as New Jersey.

In his letter to Rosenstein, Sensenbrenner brought up old arguments that gambling could be used to fund terrorism and said only federal oversight of sports betting would protect the public from unscrupulous operators.

Sensenbrenner told Rosenstein that evidence submitted convinced him that Congress must act to ensure “the public is protected, and any potential for exploitation by criminals is minimised in this post-PASPA era”.

Describing the option of deferring responsibility completely to the states and “do[ing] nothing” as the “worst option” for Congress, he said two alternatives were the re-enactment of the federal ban and the adoption of uniform standards across the country.

He wrote: “[Online] wagering… will allow for exploitation of internet gambling by criminal and terrorist organisations to obtain funds, launder money, and engage in identity theft and other cybercrimes.”

In the closing half of the letter Sensenbrenner asked Rosenstein a series of questions about the Wire Act – the legislation used to outlaw online gambling until the issuance of a reinterpretation by the Office of Legal Counsel in 2011.

“To protect the American public and limit the ability of nefarious organisations from exploiting internet gambling, I believe Congress will develop a legislative response to the issues created by the Supreme Court's decision striking clown PASPA,” he wrote. “Since Congress is examining the totality of sports betting in light of the Supreme Court's PASPA decision, it would be beneficial to have answers to the[se] questions.”

Sensenbrenner's comments echo those made through previous attempts to “restore” the Wire Act, including those made by North Carolina Senator Lindsey Graham and Utah's Jason Chaffetz. The campaign ultimately wants to disregard the OLC's 2011 ruling on the Wire Act in order to revert to a 2002 interpretation that was used by the Department of Justice to prosecute offshore gaming sites targeting US customers.

However, with the Department of Justice currently without a permanent Attorney General following the firing of Jeff Sessions by President Donald Trump earlier this month and seven states having launched sports betting, it seems unlikely that his request will lead to legislative changes.

Despite this other lawmakers have pushed for a federal regualtory framework, with US Senate Minority Leader Chuck Schumer put forward a proposal for nationwide regulations to cover the sector in August.

Aside from suggesting that sports wagering should only be open to those aged 21 and over and that sportsbooks should adopt responsible advertising policies and report suspicious betting activities, Schumer said that only official league data should be used – enabling the sports properties to benefit from a lucrative new revenue stream.