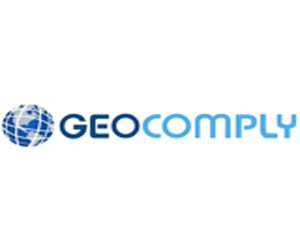 Vancouver, Canada (Press Release) – GeoComply, a global leader in geolocation technology, is delighted to announce that it has been named as the RegTech Provider of the Year at the Gambling Compliance Awards in London, England.

The award recognises an operator and/or technology that has had significant success in automating the compliance function in an innovative and cost-effective way.

Judges were tasked with looking at how the technology has been successfully implemented into the gambling industry, in either a bricks-and-mortar or online environment.

Evidence was provided through case studies and customer testimonials which demonstrate strategic and measurable improvements in areas such as security, efficiency and cost saving.

Anna Sainsbury, Chief Executive Officer of GeoComply, said: “We are really honoured to have won this prestigious award. The finalists for this category are all at the cutting edge of technologies to enhance regulated markets globally.

“We thank the judges for recognising the efforts we have made at GeoComply thus far, and we look forward to doing even more in the future to support our customers to ensure compliance and to fight fraud through technical innovation in location confidence.”

The latest award comes after GeoComply last year won the Responsible Business of the Year at the Global Gaming Awards.

GamblingCompliance is a leading provider of independent business intelligence to the global gambling industry.

About GeoComply Solutions
GeoComply is a global leader in geolocation technology, and recipient of the 2017 RegTech Provider of the Year at the Gambling Compliance Awards’.  Since launching in 2011, GeoComply has quickly become the iGaming industry’s trusted solution for reliable, accurate and precise geolocation services. GeoComply’s patented and proprietary geolocation solution, used by Georgia Lottery, Delaware Lottery, Caesars Palace, MGM and Draft Kings, is unparalleled in its level of accuracy and integrity, as well as in its depth of security and ease of implementation. GeoComply’s solutions have been utilized on over 250 million devices and perform more than 10 million verification checks a day.