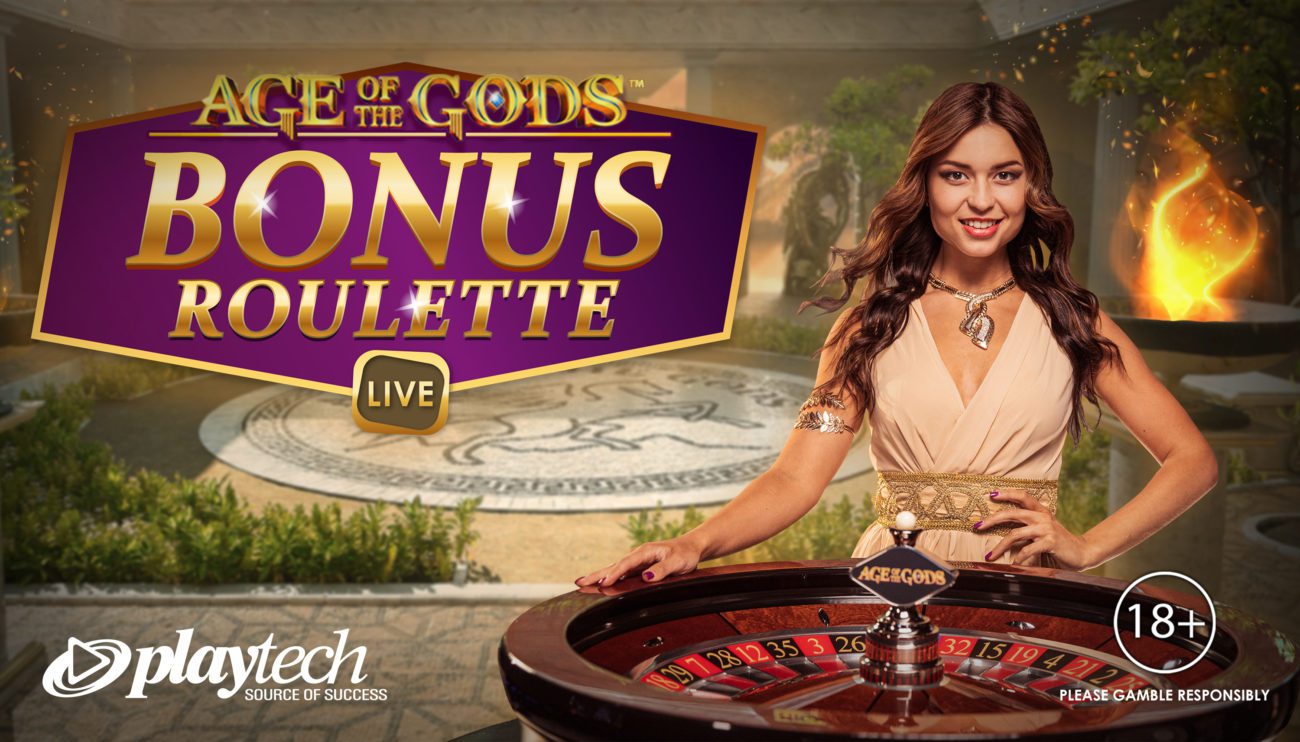 Following a highly successful exclusive period with GVC, the new variant – the second Age of the Gods live game – was released network-wide in early August. The dedicated studio space is designed to reflect the look and feel of the award-winning slot game series, which, since its launch in 2016, has become one of Playtech’s most iconic brands. With bingo and poker variants also available, the series is designed to build player loyalty and encourage cross-sell between verticals.

In addition to standard roulette gameplay, the new table features a special Age of the Gods bonus game. If a player successfully bets on the bonus position, this triggers a single-line slot game featuring Age of the Gods characters, each representing a multiplier. Three matching symbols grants a multiplier of between five and 100x.

Bonus live roulette also gives players the chance to win one of four progressive Age of the Gods jackpots on any spin – even a losing spin – via a mystery trigger. Improved jackpot presentation and statistics have created a clearer, more compelling prospect for players, while technical enhancements will allow operators to offer the game in the Italian market for the first time.

Talking about the new release, Edo Haitin, managing director at Playtech Live Casino, said: “Even in the short time since the exclusive launch with GVC, we’ve seen a fantastic response to Age of the Gods bonus live roulette, and we’re delighted to be bringing the game to an even wider audience. Age of the Gods has become a truly iconic brand, and the studio design for bonus live roulette truly captures the look and feel of the original games. Live casino regulars will love the engaging gameplay and the added attractions of the bonus game and four-tier jackpot – and we’re confident the game will attract many slot players and other newcomers to the live experience too.”