2 minutes read
Council chiefs say FOBT reform delays could lead to up to £3.6bn being spent over two years 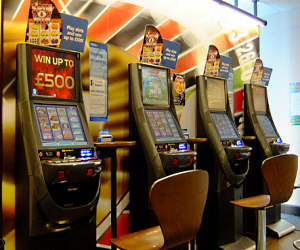 Council chiefs claim that an extra £3.6bn (€4.1bn/$4.8bn) could be wagered on FOBTs over the next two years if there is a delay in the implementation of a maximum stake reduction.

It was announced in May that the government is set to accept Gambling Commission recommendations for a new £2 stake limit, down from the existing £100. Bookmakers claimed the decision would lead to 4,000 shop closures and 21,000 job losses.

However, it has since emerged that the changes are unlikely to be implemented until 2020 due to the need for parliamentary approval for the introduction of a new statutory instrument.

In a statement issued over the weekend, the Local Government Association (LGA), a body that represents councils across the UK, claimed a delay of two years is due to “unacceptable” pressure from the betting industry.

It said as much as £3.6bn could be lost by people using FOBTs over the next two years.

“The harm and anti-social behaviour these machines can cause has become an issue of growing national concern. Councils are extremely concerned about reports that the betting industry are blocking an early implementation,” said Cllr Simon Blackburn, chair of the LGA’s Safer and Stronger Communities Board.

“This is hugely worrying and frankly unacceptable. The Government needs to resist any pressure and move quickly to implement these changes to prevent further harm in our society.”

The Association of British Bookmakers told iGamingBusiness.com that betting shops are “now working to adjust to this seismic change” and called for an “appropriate timeframe” for implementation.

A spokesperson said: “While the implementation timeframe is a matter for the government, an appropriate timeframe would enable staff redeployment where possible, the introduction of voluntary redundancy schemes, the renegotiation of shop leases and the termination of contracts with many local suppliers in an orderly way.

“In addition software changes to the architecture of over 200 games will be made. This process will also require each game to be independently verified.

“Those shops that survive will continue to provide a safe place to gamble with staff interaction and industry leading responsible gambling measures and to support British sport.”