2 minutes read
Finnish gaming monopoly Veikkaus has appointed more than a dozen new supervisory board members as it seeks to boost its responsible gambling standards. 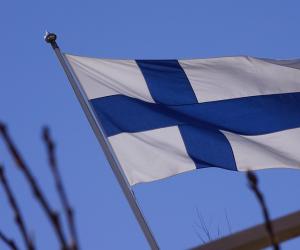 Finnish gaming monopoly Veikkaus has appointed more than a dozen new supervisory board members as it seeks to boost its responsible gambling standards.

The supervisory board, which is responsible for overseeing corporate governance and responsible gambling, as well as coordinating stakeholder engagement efforts, will be led by chair Jukka Gustafsson and vice chair Jani Mäkelä.

Parliamentarians and Ilmari Nalbantoglu of the Finnish Olympic Committee are among the 13 new members.

Among its responsibilities, the supervisory board issues an opinion on the financial statements and the auditor's report to the general meeting and submits a report to the Prime Minister's Office on the development of gambling activities and activities related to the prevention of gambling.

This will see the operator put an end to marketing for its land-based slot machine business, as well as reducing the total number of terminals in operation throughout Finland.

Veikkaus currently operates 18,500 slot machines in the country, though this number will be reduced alongside the introduction of compulsory identity verification on each machine. The new ID controls will be introduced from October 2020 to January 2022, with an estimated 3,000 machines to be taken out of service. The operator has decided that ID verification will be mandatory for all products aside from card games and land-based gambling.