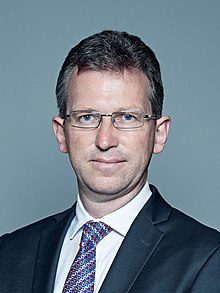 The online gambling industry is set for a £100m tax bombshell next year after the UK Government confirmed that FOBT maximum stake changes and the Remote Gaming Duty rise will be brought forward to April.

Culture Secretary Jeremy Wright (pictured) said in a statement this afternoon that last month’s Budget commitment to changes being implemented next October will now take place in April. The statement was released on Wednesday afternoon as the Prime Minister and Cabinet discussed the Brexit agreement.

The Government's decision came after weeks of criticism from backbenchers and the risk of losing a vote on the Finance Bill later this month – which would have been a first Budget defeat in 40 years. Sports Minister Tracey Crouch resigned over the implementation date within hours of the Budget announcement at the start of November.

However, while opponents of FOBTs are celebrating the U-turn, the gambling industry is counting the cost.

“From an online gaming sector perspective, the decision to bring forward the RGD increase by six months to placate the anti-FOBT lobby merely adds insult to injury,” Hawkswood said.

“Nobody seems the least concerned that bringing the timetable forward without any warning or consultation will have the effect of adding up to £100m to the tax burden of online gaming operators next year.”

The Association of British Bookmakers (ABB) merely said its members would “comply with the timing that the Government sets for the £2 stake implementation”. It contends that the maximum stake reduction will result in up to 4,500 shop closures and 21,000 job losses.

The Government announced that it would reduce the maximum stake to £2 more than six months ago and has since argued that the gambling sector should be given time to prepare for the change. However, Wright said the outcry since the Budget announcement had led to a Government rethink.

“After a thorough consultation with interested parties, including charities, campaigners and the gambling industry, across government we reached a decision to make this significant change in October 2019,” he wrote in a statement.

“The Government has been clear that protecting vulnerable people is the prime concern, but that as a responsible government it is also right to take the needs of those employed by the gambling industry into account and provide time for an orderly transition.

“Parliament has, however, been clear that they want this change to be made sooner. The Government has listened and will now implement the reduction in April 2019.”

Accepting that the decision would have serious consequences for the UK gambling industry, Wright added that “the Government will expect the gambling industry to work with it to reduce the effect of any impact on jobs and to support employees that may be affected by this expedited timeline.”

The decision was welcomed by BACTA, the trade association for the amusement and gaming machine industry that has been a long-term opponent of FOBTs.

BATCTA CEO John White said: “It's welcome news that implementation of the £2 stake limit has now been brought forward to next April. There was never any justification for it being delayed beyond this point.

“This is a victory for common sense. The right decision has been reached, one that is an important step towards reducing gambling-related harm. With the FOBT debate now at an end, we hope the whole industry can now move forward together and work on the shared aims of player protection and creating the most socially responsible environment for gambling in the UK.”