The final six months of the decade saw talk of regulatory crackdowns continue, with pressure growing on operators across a number of markets and verticals. Elsewhere M&A activity rose to the fore, with a number of high-profile acquisitions announced during the period 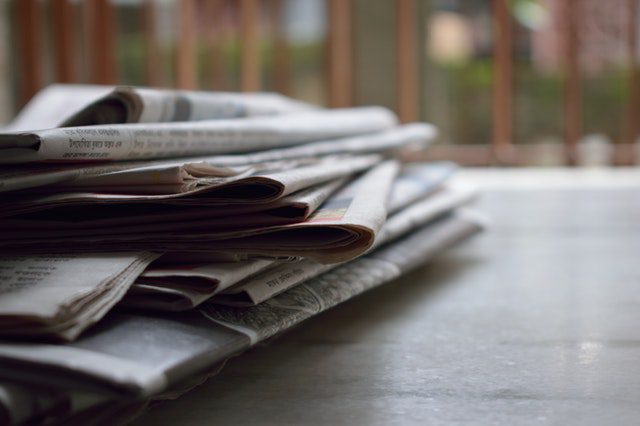 The final six months of the decade saw talk of regulatory crackdowns continue, with pressure growing on operators across a number of markets and verticals. Elsewhere M&A activity rose to the fore, with a number of high-profile acquisitions announced during the period

Looking at the five most read stories of the second half of 2019 on iGamingBusiness.com painted a contrasting picture of the online gaming industry’s health.

On one hand, momentum towards regulatory action suggested a sector that was increasingly falling foul of lawmakers, and likely to face punitive new controls as a result.

On the other, some mega-mergers, not to mention bet365’s latest set of stellar results, suggested a sector where investor confidence and customer spending were on the up.

If the first half of the year suggested that uncertainty was the only certainty, H2 did little to dispel these notions.

Having said that, issues that were initially expected to prove major hindrances to the sector’s growth, namely the reinterpretation of the Wire Act and Apple only hosting iOS apps in its App Store, both proved less damaging than predicted.

What was notable about the most read stories of the second half was that these highlight some of the key challenges the industry may face in the year ahead.

Yes, regulations will grow ever-tighter. And competition will become fiercer, as the industry giants grow ever-larger through M&A.

5. The Stars Group and Flutter Entertainment agree mega merger
The all-share deal to create an igaming behemoth with potential combined annual revenue of £3.8bn, brings together a host of high-profile brands, from Paddy Power to Betfair, to PokerStars via Sky Bet.

While the scale and heritage of these businesses is significant, all eyes have been fixed on the US. The merged entity will combine one of the market leading sportsbook brands in FanDuel, with Fox Bet, a significant national challenger.

It will also enjoy a flow of traffic from Fox Sports Super 6, the wildly successful sports betting app launched through The Stars Group’s joint venture with Fox Sports.

In short, much of the deal’s success will hinge on ensuring this stable of high-potential assets work in harmony.

Rafi Ashkenazi’s appointment as operations chief for the business suggests the right man is in place to handle such a transition, considering his experience of similar roles with Playtech and Amaya.

However, the fact that so much focus has shifted to these brands – which are in their infancy compared to some in the stable – does suggest that some of the bigger names have lost their lustre.

PokerStars, for example, has laid off staff in the Isle of Man and Malta amid a challenging poker market. Flutter has admitted that in trying to build a more sustainable customer base, it would experience short-term pain.

When the deal was announced, Regulus Partners pointed out that Flutter (or Paddy Power Betfair) failed to achieve the top-line growth and sector leadership many had expected of it.

The Stars Group, meanwhile, has yet to prove that its Sky Bet and Australian acquisitions can function as an integrated whole, Regulus said.

While it is arguably the largest acquisition announced in H2, there have been plenty of other significant deals.

There was the combination of SBTech and DraftKings, which not only creates a significant player both in the US and beyond, but also sees Kambi lose its biggest client.

NetEnt, meanwhile, snapped up Red Tiger in a £220m deal, apparently beating a high-profile live dealer provider to the business.

4. Revenue and profit continues to climb for Bet365 in 2018-19
It says a lot about bet365 that two operators often talked about as its peers only expect to generate around £800m above the Stoke-based operator’s annual revenue for its 2018-19 financial year once they merge.

While it does not provide exhaustive detail on full-year performance, it noted that there had been significant investment in developing proprietary content, as well as launching new native apps.

Furthermore, it invested significantly in player protection controls, such as funding research into problem gambling and experimenting with machine learning to better identify at-risk players.

And all this took place against the backdrop of the 2018 Fifa World Cup, at a time when the operator was spending heavily on marketing.

Of course, this kicked off the now-annual feeding frenzy over co-chief executive Denise Coates’ pay – £277m basic, which climbed to £323m with dividends.

This media condemnation of the country’s highest-profile female executive for being very, very, very good at her job has become almost as big an event as the publication of the results themselves for some newspapers.

However it’s a hard business to criticise, as it doesn’t respond to condemnation, and rarely says enough for opponents to latch onto.

Perhaps one of the most enduring criticisms has been that it has failed to speak out as the voice of the industry. Though this is something that many operators and executives have arguably been guilty of in the past decade.

The 2018-19 report does outline, in greater depth than ever before, just how the operator is looking to protect its players from harm.

Coates noted that the business already shares internal research across the industry, but will look to collaborate more to make gambling safer.

If it can provide more extensive information on developments in player protection, perhaps with some new data or research, next year’s salary pile-on might even lack its usual enthusiasm.

3. DCMS committee urges UK Government to regulate loot boxes
Loot boxes are an increasingly controversial feature of video games. They have already  been banned in the Netherlands and Belgium.

Players have even argued that the need to spend money and collect ‘blind boxed’ virtual items is ruining their enjoyment of console titles.

A Digital, Culture, Media and Sport (DMCS) committee within the UK parliament even called for loot boxes to be regulated under the 2005 Gambling Act.

The Gaming Regulators’ European Forum (GREF) completed a year-long study into console game features that mimic gambling mechanisms, ultimately opting against making recommendations as to whether these constituted a form of gambling.

However, this was largely due to national definitions of what constitutes gambling, rather than because there was little evidence of harm or potential problems.

As calls from bodies such as the DCMS committee to the Children’s Commissioner call for a ban, it looks likely that loot boxes are firmly in regulators’ sights.

New controls were pledged in the Conservative Party’s election manifesto, and provided Brexit doesn’t prove too much of a distraction, few expect anything less.

It might be convenient to suggest loot boxes will be the video games industry’s fixed odds betting terminal (FOBT) equivalent, but that’s most likely too convenient.

However, it does close off a recurring revenue stream that the console sector had increasingly relied upon in recent years. Could this have a knock-on effect for titles popular in esports, making the publishers less wary of links with gambling?

As a side note, when it comes to public affairs, the console sector is not necessarily any more savvy than real-money gaming.

During the DCMS committee’s hearings, one executive described loot boxes as the same as Kinder Eggs – a chocolate with a toy inside. One that’s banned in the US due to the potential hazard to children.

Defenders of private operators have long contended that lotteries, by targeting a younger consumer and offering high frequency products such as scratchcards online and in shops, have an increasing role to play in tackling gambling harms.

It admitted that the £10 cards had been found to over-index among problem gamblers, saying: “We believed this was the right thing to do to help protect the very small minority of players concerned (less than 1% of all National Lottery players).”

All very admirable. But it is arguably being done with one eye on the future; the tender process to select the UK’s next National Lottery licensee takes place this year, and the competitors are lining up to take on Camelot.

Northern & Shell, operator of the Health Lottery (a long-term thorn in Camelot’s side) is preparing its bid, as is Sazka Group, as well as Richard Branson’s Virgin Group. La Française des Jeux is also rumoured to be gearing up to compete.

Camelot remains a fearsome competitor. It has paid out more than £73bn in winnings over the past 25 years, and more than £40bn to charitable causes.

It was seen as having botched a revamp of the core Lotto draw by reducing the odds of winning in 2018, but the first half of its 2019-20 fiscal year showed signs of improvement.

For the six months to 28 September 2019, digital sales surpassed the £1bn mark for the first time.

Competitors will be keen to show they can make more money for good causes, and expand the lottery’s online presence.

Equally, considering the current climate, the tender managers may be wary about claims of driving revenue growth, and the effect this may have on players.

By discontinuing £10 scratchcards, Camelot has at least shown that it is willing to take decisive action to protect players. How much of a benefit this will be remains to be seen.

1. SportPesa hits out at Kenyan regulator amid tax dispute
Clashes between Kenyan authorities and operators had been building since 2017, but came to a head in 2019, leaving the future of betting in one of Africa’s largest regulated markets in question.

When Kenya’s Betting Control and Licensing Board (BCLB) argued that the country’s 20% tax on winnings applies to both profit and to the bettor’s original stake it set off a series of events that would eventually lead to Sportpesa and Betin leaving the market.

Talks to arrange the operator’s return appeared promising, until the country’s parliament passed a new excise tax on gambling, making it clear this time it applied to stakes.

There was promise again for Kenyan gambling operators when the country’s High Court ruled that stakes were safe from the winnings tax and that it was players, not operators, who owed the government any unpaid fees.

But with the excise tax still in place, the environment was still far from comfortable for operators. Although Sportpesa said the ruling would cause it to reconsider a return to the market, Kenyan players enter the new decade without a clear path for its return.

Rather than the improvement hoped for following the High Court ruling, things look worse for gambling operators in the 2020s.

Included was a call to replace the private betting sector with a government-run lottery.

The changes proposed could either be instituted by referendum or by parliament.

Given the leading political forces’ opposition to the industry, the latter may mean an almost certain end to the private betting sector, but the industry’s future is far from safe in a referendum either.

But even if it manages to avoid a complete abolition by constitutional amendment, the hostile tax environment may have done enough to leave the betting industry in Kenya functionally dead, as a once-promising market slips away amid regulatory overreach.

Photo by brotiN biswaS from Pexels