2 minutes read
The English Football Association (FA) has charged Huddersfield Town with misconduct after ruling that the second-tier Championship club breached its regulations for kit sponsorship by carrying an oversized Paddy Power logo on the front of its shirts. 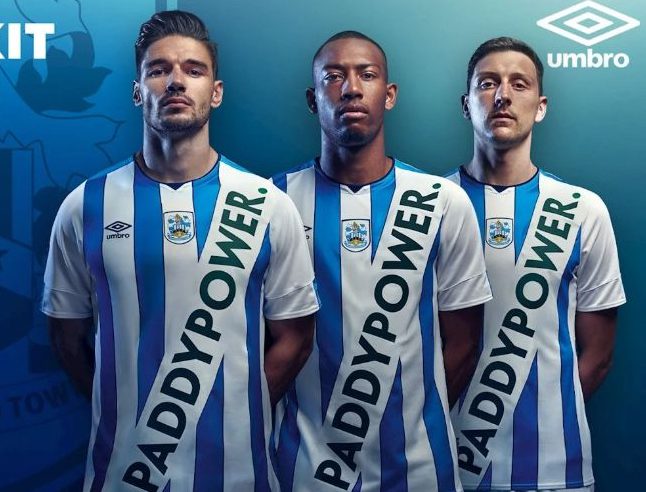 The English Football Association (FA) has charged Huddersfield Town FC with misconduct after ruling that the second-tier Championship club breached its regulations for kit sponsorship by carrying an oversized Paddy Power logo on the front of its shirts.

The branding appeared during the Championship club’s pre-season friendly against Rochdale AFC on July 17. The FA said the size of the logo on Huddersfield’s shirts placed the club in breach of FA Regulation C.2(i).

This section of the FA’s Kit and Advertising Regulations states that sponsorship is only permitted on the front of players’ shirts if it does not exceed a single area of 200sq cm.

Huddersfield has until August 16 to provide a response to the FA.

The charge comes despite both Huddersfield and Paddy Power revealing that the oversized logo was a PR stunt to help launch the bookmaker’s ‘Save Our Shirt’ campaign. Huddersfield’s actual shirt for the 2019-20 season does not carry any Paddy Power branding.

Paddy Power is calling for betting operators to stop sponsoring football team’s shirts and has signed up a number of clubs to support the initiative, including English League One club Southend United and Scottish Premier League outfit Motherwell.

The campaign works with Paddy Power agreeing a commercial deal with each club, but forgoing any shirt sponsorship rights, instead leaving the front of the shirt absent of its logo or branding.

Prior to the Huddersfield sponsorship being revealed as a hoax, the FA said it had contacted the club about the deal. At the time, a club spokesperson told iGamingBusiness.com that it would comply with any FA investigation into the matter.