Licensed operators in Sweden generated net revenue of SEK6.082bn (£510m/€560m/$630m) in the second quarter of the year, according to the national gambling regulator, Spelinspektionen. More than half of the market total came from operators in the country's regulated igaming market, while unlicensed operators saw their market share decline over the period. 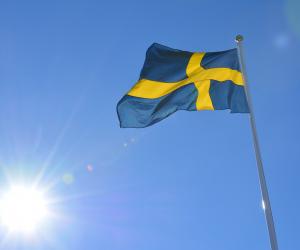 Licensed operators in Sweden generated net revenue of SEK6.082bn (£510m/€560m/$630m) in the second quarter of the year, according to the national gambling regulator, Spelinspektionen.

The figure for the three months to 30 June represented an overall increase of 3.2% on the first quarter of the year, with the country’s igaming market having opened on January 1.

Of the total figure, more than half (56.7%) of the revenue was generated through online betting and gaming, rising rom SEK3.36bn in the first three months of 2019, to SEK3.45bn in Q2. The figures include gambling offered on ships.

Revenue from of Svenska Spel’s state lottery and land-based slot machines declined from Q1, down from SEK1.42bn to SEK1.41bn, while its land-based Casino Cosmopol business saw revenue grow 4.7% to SEK245,000.

Whilst Spelinspektionen has previously warned against comparisons with 2018 due to the regulatory change at the turn of the year, the figures so far in 2019 – compiled by the regulator alongside the Swedish Tax Authority (Skatteverket) and H2 Gambling Capital – suggest that regulation is having a positive impact on channelling players to legal offerings.

Net sales via unlicensed operators fell from SEK383,000 to SEK324,000, a 15.4% quarter-on-quarter decline. During the first half of the year, Spelinspektionen added, around 91% of all gambling revenue was generated through licensed operators.

As of August 2019, a total of 83 companies were licensed to operate in Sweden, excluding non-profit bodies licensed to offer gambling products in the country.

Uptake in the country's self-exclusion system Spelpaus also continues to grow. At the end of Q2 a total of 37,520 individuals had blocked access to gambling, and this figure had already risen to over 39,000 people in August.