Adjusted EBITDA up despite 5% revenue drop 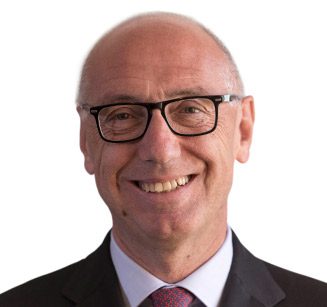 IGT CEO Marco Sala has cited the impact of the company’s long-term contracts for a “solid performance” in the third quarter.

“And, we enjoyed particularly strong sales and profit growth in Italy, confirming the vitality of that important market. We are firmly on track to achieve our 2018 financial and operational goals.”

IGT also confirmed in an earnings call that it expects adjusted EBITDA to come in at the top range of guidance for the year, between $1.7bn and $1.78bn. Capital expenditure is also currently on track for the full year.

During the period, IGT pushed forward with growth plans in regulated sports betting markets across the US following the repeal of PASPA earlier this year.

IGT last month struck a partnership with William Hill US to offer lotteries a full-service solution for sports betting, having already secured a joint deal with the Rhode Island Lottery.

Reflecting on the results, analysts from Regulus Partners said that IGT could face problems moving forward in terms of its lack of commitment to digital research and development.

The analysts added: “While an enhanced digital capability might form part of the potential strategic solution, this remains a tiny part of the group and execution thus far has been poor.

“With the US potentially now adopting digital gambling products at a faster rate than the previous snail’s pace, and both channel shift and regulatory scrutiny starting to bite in Italy, emerging weaknesses in IGT’s last major bastions of semi-protected 20th Century business practices might start to make the lack of digital scale and credibility a pressing strategic issue.”