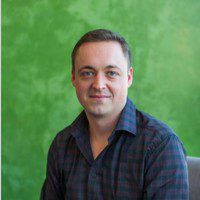 A new player has emerged in the US daily fantasy sports (DFS) market with the launch of Daily Number, a company co-founded by entrepreneur Tom McAuley and NFL American football star Richard Sherman.

Daily Number will initially offer paid contests to iOS users in 23 states in which DFS is permitted. The company’s patent-pending platform allows fans to select their own degree of difficulty and subsequent prize, by picking any combination of players – from a lineup filled with all-stars to a roster comprised of role players – to simply beat a preset target score known as the Daily Number.

McAuley (pictured) founded sports media company Hubstar in 2014, while Sherman will this year start his first season with the San Francisco 49ers after leaving the Seattle Seahawks. As well as co-founder, the 30-year-old will serve as chief brand ambassador for Daily Number.

McAuley, who will be chief executive, said: “We’re simplifying the DFS format for the everyday sports fan while maintaining the core gameplay principals that have made fantasy sports so massively popular.

“We are driven by the opportunity to develop a proprietary platform and customer database that will be extremely valuable to many industry stakeholders as sports gaming continues to evolve in the United States.”

Meanwhile, DraftKings has reintroduced games based on college American football ahead of the start of the 2018-19 National Collegiate Athletic Association (NCAA) season tomorrow (Saturday).

In 2016, DraftKings and rival FanDuel opted to stop offering fantasy contests on college sports events in the US as part of an agreement with the NCAA, which had been openly critical about DFS operators offering college sports competitions.

The Legal Sports Report website reported that college football contests won’t be available in every market DraftKings serves. It added that it expects the sport to be ring-fenced in all the states which have explicitly banned collegiate DFS, including New York, Massachusetts and the NCAA’s home state of Indiana.

DraftKings said in a statement: “DraftKings voluntarily removed college sports daily fantasy sports contests in 2016. Since that time, our player community has continually advocated to bring these popular contests back to the DraftKings platform. After careful consideration, we have decided to once again offer college sports DFS contests in states where permitted.”

In other news, Global Daily Fantasy Sports has overhauled its senior management and has approved a stock option plan. The decisions were made at Global’s recent annual general meeting in Vancouver, Canada where the shareholders elected Darcy Krogh, James Penturn, Nick DeMare, Michele Marrandino and William Scott as directors of the company.

Krogh becomes president and CEO of the company, while Penturn has been named chairman. Justin Shulman has been appointed chief operating officer and Paul Dever, chief financial officer and corporate secretary.

Global said it has also closed the first tranche of the private placement financing first announced on June 21. In this first tranche 6,234,257 units were issued at a price of C$0.15 per unit for gross proceeds of approximately C$935,139.

Global, which in April provided an update on its expansion plans, said it intends to use the net proceeds of the private placement for new sport development, sales and marketing activities in core and new markets and general working capital.