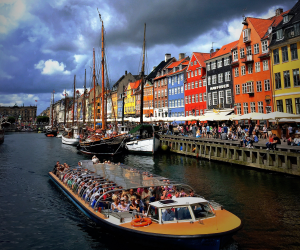 Online casino continued to perform well, with revenue up 4.0% from 2018 to DKK567m, though this represented a 10.6% quarter-on-quarter drop. During the period, licensees generated revenue of DKK417m from slots, or 73.6% of all online casino revenue.

Players still tend to access igaming sites via desktop computers, which accounted for 52.9% of revenue. This percentage has been steadily decreasing in recent quarters, with mobile’s contribution up to 47.1%, its highest share since the market opened in 2012.

Land-based casinos revenue was flat, meanwhile, with the DKK82m total unchanged from the previous year. Average revenue per day per venue fell to DKK900,701.

Sports betting remained the largest vertical in terms of revenue, accounting for DKK628m, or 39.0%, of the quarterly total. However, this was down 3.8% year-on-year, with the prior year including the latter stages of the Fifa World Cup in Russia.

In this vertical, mobile reigns supreme, with the channel accounting for more than half (50.2%) of all revenue, which has seen the share of revenue from desktop betting fall to 16.7%. Land-based betting accounted for 33.1% of the total in Q3.

Gaming machines also saw revenue decline over the three months, to DKK333m. Gaming halls accounted for 77.6% of all machine revenue, ahead of terminals in restaurants, which made up the remaining 22.4%.

Denmark has also seen steady growth in the number of players taking advantage of the country’s national self-exclusion system Register Over Frivilligt Udelukkede Spillere (ROFUS). As of 30 September, 19,785 individuals had self-excluded, with 13,679 permanently blocking themselves from gambling sites.

The remaining 6,106 have temporarily self-excluded. Of this number, 3,750 have blocked gambling sites for six months, with 1,645 doing so for a three-month period, and 711 for one month.

Uptake in the StopSpillet problem gambling helpline also rose steadily in Q3. The service, which launched in January this year, has received 542 calls for the year to date, of which 194 were made in the third quarter.

The majority (55.2%) were made by players, with a further 41.2% by relatives or dependents of gamblers, and 3.6% by treatment professionals.