In June the key metrics returned to pre-Covid-19 levels, which is good news for the industry. Now is an ideal time for operators to implement best practice-based methodologies to reap the benefits of their new and existing players 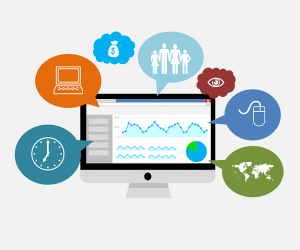 In June the key metrics returned to pre-Covid-19 levels, which is good news for the industry.

But rather than simply celebrate things getting back to normal, now is an ideal time to implement best practice-based methodologies to reap the benefits of your new and existing players.

One way of doing this is by sending out cross-selling offers to players with single product preferences. This will increase the likelihood of players becoming and remaining active.

Though we haven’t have any major sporting events such as the World Cup or the Euros this year, sports betting numbers were still higher than last year.

Monthly deposits
Monthly deposits for sports bettors were almost the same as they were in May, increasing by 1% month-on-month and 11% year-on-year in June.

All of the above KPIs support the fact that numbers were higher last month than during the same month last year. This could be due to the pandemic, as some players are still social distancing or going out less, which allows more time to play online.

Retention rates
After a sharp decrease in retention rates in April, there’s been an upward trend evident since May. Last month the retention rate for sports bettors increased by 10% month-on-month and by 18% year-on-year.

Now that most major sporting events have returned, it could be a good time to cross-sell your players into casino games. We wrote recently about campaign ideas on how to cross-sell successfully.

Retention rates
Last month saw an increase in retention rates, which rose by 2% month-on-month and 14% year-on-year.

Mobile bettors ratio
As we mentioned in last month’s report, there has been an increase in mobile bettors since last year as more gaming operators are offering casino games that are available to play on the go.

Though we did see a small decrease of 3% month-on-month in June, there was a significant 33% year-on-year increase to 57%. That means that more than half of all casino players now play on mobile devices.

We might have expected to see a decrease in mobile bettors since the beginning of the pandemic as players at home have access to desktop games. However, it’s clear they still prefer playing on mobile.

For this reason, it might be worthwhile trying to cross-sell players from web to mobile, as mobile games usually generate higher revenue.

Image by Tumisu from Pixabay