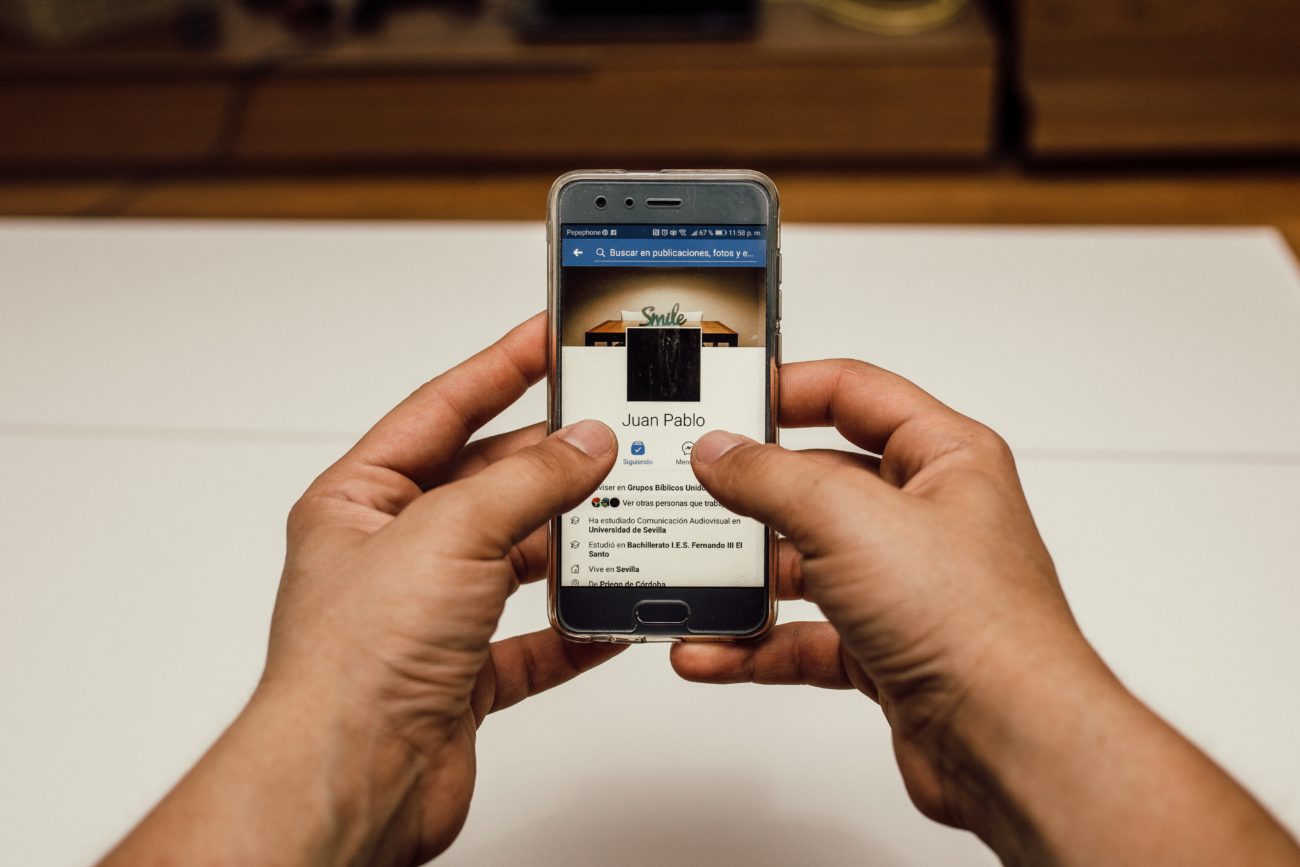 The latest social casino rankings from Eliers & Krejcik Gaming indicate that the market grew 10.9% year-on-year in the final quarter of 2018, with full-year market revenue reaching $5.2bn.

GSN Games moved up in our ranking charts to the #8 position (previously #9) and is now ahead of Tencent. 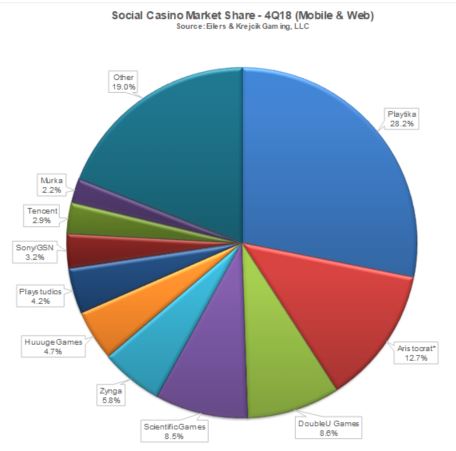 Playtika
We estimate social casino revenues were up 0.5% from Q3 and 15.3% from Q4 2018. This marks the second consecutive quarter that its social casino business has been stagnant. We believe this is partly due to a greater focus and opportunities from adjacent categories such as Jelly Button, the Wooga acquisition, and the just-announced acquisition of Supertreat. It’s also important to remember that Playtika’s social casino games saw exceptional growth in H1 2018 and it’s not under any pressure to meet quarterly earnings guidance. We don’t believe the H2 deceleration is of any major concern and believe it’s more related to seasonality and the timing release of new features. In terms of individual titles, we believe Slotomania was the weakest title in its portfolio this period while House of Fun and Caesars Slots were the fastest growing. In terms of KPIs, we believe Playtika’s consolidated DAUs and ARPDAU was essentially flat this quarter.

Aristocrat (Product Madness and Big Fish Games)
Aristocrat remains the second largest social casino publisher worldwide with a 12.7% market share, which includes a full quarter contribution from Big Fish (social casino only). Pro forma gross revenues were up 2.4% quarter-on-quarter and 14.7% year-on-year. In terms of breakdown, we believe Product Madness was up 0.8% sequentially, or 12.3% year-on-year, driven by Lightning Link and partially offset by some weakness in Heart of Vegas and FaFaFa Gold. Big Fish social casino revenues were up an estimated 6.2% sequentially and 21.3% from the prior year, largely driven by growth from Jackpot Magic Slots (we estimate 23% quarter-on-quarter). Looking ahead, we believe the majority of growth in FY19 will be driven by newer games such as Cashman Casino, Lightning Link and Jackpot Magic Slots.

SG Digital
Scientific Games’ social arm saw total revenue (B2C only) increase 7.7% from Q3 2018, or 18.5% from the prior year. In terms of individual game performance, we believe Jackpot Party Casino was up in the high single digits on a sequential basis thanks to a major “re-launch” of the game in late 2Q18 (this marks the second major iteration/relaunch of this franchise; the last one occurred in 4Q15). Additional growth drivers included Bingo Showdown, which has been gaining market share in the bingo category, and Monopoly Slots. We believe Monopoly Slots continues to show a very promising growth trajectory, with strong underlying KPIs, and is clearly one of the more successful new standalone slot game launches of CY18.

DoubleU Games (DoubleDown Interactive)
DoubleU Games is the third largest social casino publisher worldwide, with total gross revenues up 2.4% quarter-on-quarter and 14.8% year-on-year. We estimate Double Down Interactive revenues on a standalone basis were up 2.7% sequentially, or 14.4% year-on-year, largely driven by its franchise game Double Down Casino. We further estimate DoubleU Games revenues on a standalone basis were  up 15.3% from Q4 2017, largely due to DoubleU Casino. This marks the fifth consecutive quarter that pro forma revenues have grown on a sequential and y/y basis, and it appears some of the strategic changes made at Double Down are paying off.

Zynga
The Zynga Poker operator saw social casino bookings decline 3.3% quarter-on-quarter and 6.7% on a year-on-year basis. Zynga Poker declined on a sequential basis and is still recovering from some of the negative Facebook Connect issues that plagued it and a number of other companies in CY18. Zynga’s franchise slot titles Hit it Rich and Wizard of Oz were up on a sequential basis, but overall slot revenues were still down due to weakness in its legacy games (Black Diamond, Spin it Rich, etc). Overall, it was a fairly uneventful quarter for Zynga’s social casino business as the company was making news in other areas including the high-profile acquisition of Small Giant Games. In terms of KPIs we believe social casino DAUs were down, while ARPDAU improved. It’s worth noting that we have made some adjustments to our historical KPI estimates for Zynga’s social casino business.

Huuuge Games
The San Francisco-headquartered operator saw its revenues increase 5.2% quarter-on-quarter or 38.9% year-on-year. Growth in Q4 was led by Billionaire Casino (with revene up 11% from Q3), and to a lesser extent its franchise game Huuuge Casino (up 2.5% quarter-on-quarter). Overall, Huuuge Games has been one of the breakthrough companies over the past two years and the fastest growing in FY18, with 53% top-line growth from 2017. That being said, the hockey stick growth phase appears to have ended, so obtaining a top five position will be no easy feat.

PlayStudios
The MGM-backed PlayStudios saw revenues increase a healthy 10.0% on a sequential basis, or 29.0% from the prior year. Growth in Q4 was driven by POP Slots, which continues to demonstrate very healthy growth trends, and a revamped myKonami. The company’s myVegas franchise was essentially flat in the period, while the company’s latest release, Royal Charm Slots (co-published with King), remains in beta. Overall it was another strong year for PlayStudios, with its top line growing 22%.