GambleAware has defended its marketing of the “Tap Out” phase of its “Bet Regret” campaign from criticism from the All-Party Parliamentary Group (APPG) on Gambling-Related Harm, arguing the group may have misconstrued the target audience of the messages. 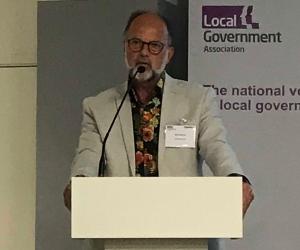 The Tap Out campaign was launched in September and encourages players to “tap out” of their phones before placing a bet, in order to have time to consider their choices.

However, aspects of the campaign drew criticism from the All-Party Parliamentary Group and its chair, Carolyn Harris, who wrote a letter on behalf of the group to GambleAware in September raising these issues.

The APPG’s letter said that, given that Bet Regret is a public health campaign, its advertisements should not “simply encourage bettors to ‘Tap Out,’ via a product which is still clearly designed to encourage people to bet rather than stop betting”. Rather, she said, the messages should showcase more effective signposting or advertisement towards the NHS or self-exclusion tools GamStop or GamBan.

In addition, the APPG said that “the clear and logical solution” for a customer experiencing ‘Bet Regret’ would surely be to encourage bettors to completely stop betting”.

Finally, the APPG said that “a number of academics and public health experts” were “particularly alarmed” at the ad, as they argue the ability to ‘Tap Out’ is “effectively meaningless” for at-risk gamblers, especially if they have been drinking alcohol, as was the case in one ad of the campaign.

In a letter from outgoing GambleAware chief executive Mark Etches (pictured) to APPG chair Carolyn Harris, he pointed out that the campaign targeted frequent bettors, rather than those experiencing gambling harms.

Instead, it aimed to speak to those at risk of suffering harms, particularly young men aged 18-34 years old, he explained.

In addition, he said that the campaign’s efforts to prevent problem gambling were undertaken through a series of behavioural “nudges” designed to encourage moderation, self-reflection and raise awareness of potential risks.

Etches’ letter also pointed to research that said that messages that refer to treatment or gambling addiction also tend to lead to “othering”, where at-risk gamblers believe the messages are not meant for them.

In addressing a criticism that the messages intended to prevent harm were still based on the use of betting apps, Etches said this was a necessary step as this was how most industry customers placed bets. It had to reach gamblers through their preferred channel, he explained.

He added that GambleAware also worked on providing assistance to those with gambling disorders through a campaign to promote the National Gambling Treatment Service.

Finally, Etches again defended GambleAware’s funding model and pointed out that while operators provide funding to the charity, they do not have a say in developing campaigns.

“Gambling operators (and broadcasters) have been prevailed upon by DCMS to provide funding but our governance structure is designed to ensure complete independence from the industry, who are informed of plans after they have been set as a courtesy but have no involvement in decisions on campaign development,” Etches wrote.

GambleAware’s funding has previously faced criticism regarding its funding structure from both the APPG and the House of Lords, which called for the establishment of an independent research, education and treatment charity. This prompted Etches in July to defend GambleAware’s status and point out that the charity’s work was fully independent from operators who provide funding.

Earlier today (19 October) GambleAware also published a study carried out by Leeds Beckett University that found that the multi-level setup of its treatment and support system has led to significant knowledge gaps. It noted that various parts of the current treatment system, such as individual treatment providers, often did not have a way of interacting and sharing knowledge with one another.