With high levels of competition and regulatory pressures slowing growth in Europe, operators are looking further afield for expansion opportunities. We spoke to the betting experts at Sportradar to learn what they are seeing in these regions 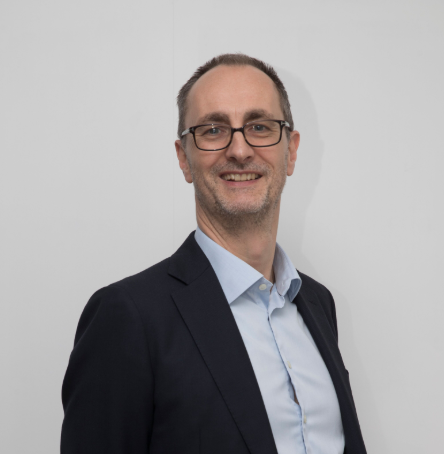 Europe may offer more opportunities for operators than other regions, but intense competition and increasing regulatory pressure means igaming growth is slowing in the region.

This has prompted operators to explore opportunities in emerging markets, where lower barriers to entry often mean significant opportunities for operators and suppliers alike.

However, moving into new markets is never simple, with factors such as regulations, cultural quirks and languages to consider. Here, Sportradar’s managing director of betting and gaming, Warren Murphy, and the company’s regional experts discuss how they are helping companies establish and leverage within emerging markets.

Clearly, the challenges facing igaming extend beyond the industry. “In macro terms, economic reports show that there is uncertainty across the globe,” Murphy says. “That’s not just from buzzword topics such as Brexit; Italy has also sunk into recession, then you’ve got the American debt
situation and its trade wars with China.”

Murphy thinks casting a wide net in terms of market activity can help mitigate risk globally. “Despite what we say, this industry is not recession-proof, and something happening on that scale will have an impact,” he says.

Margins in emerging markets come from a few key things done well: pricing, understanding customers for trading and getting the product mix right. With new markets also presenting so many unknowns, Murphy says there is a lot of learning to be done at the early stage. “With any new market, the three things operators need to focus on most are time, money and strategy,” he says. “They should think about how they want to expand, what resources they have, and if they need to reach out to solution providers for assistance.”

Murphy says being efficient when expanding is crucial to navigating challenges in new markets: “It’s not about starting afresh but adapting what you already have to suit these environments.”

With almost two decades of experience in the sports betting and data industry worldwide, Sportradar is keen to continue supporting clients in these markets, which include the US, Latin America, Asia and Africa.

Murphy says the US has been a “long play” for this industry, but that the initial market forecasts have missed the mark slightly as a result of delays in states legalising. Despite the slow regulatory progress, Neale Deeley, Sportradar’s VP US sales, gaming adds, “We are seeing a strong take-up and interest in sports betting and therefore our services. This is especially so with in-play betting.”

Sportradar now supplies more than 80% of the live odds/data used in the US and developed expertise in the market ahead of its opening by partnering with sports leagues including the NBA, NFL, MLB, NHL and NASCAR.

Additionally, the company invested in offices and content to ensure a strong foothold in the market. “We now have more than 500 data  analysts in North America as we continue to ramp up coverage of US sports,” says Deeley.

According to Murphy, countries in Latin America are influenced by neighbouring developments. “When Brazil opens up, we’ll see a huge knock-on effect,” he says. Lorenzo Caci, Sportradar’s director of business development and strategic partnerships, suggests this is where the opportunities lie. “When more countries move ahead with regulation, this will attract new interest from companies,” he says.

“However, it’s vital they use effective methods to suit the local markets. We are therefore using our expertise to provide services and support creation of legislation that is fair and suitable for all.

“Our all-in-one signature risk management and trading solution, Managed Trading Services (MTS), is proving popular in legalised markets thanks to its ability to provide bookmakers with everything they need to run a successful sportsbook.”

The rocky road to Asia

Progress in Asia is slow, but Murphy says the outlook is good – a view that Michael Maerz, Sportradar’s managing director of Asia, echoes. Maerz says virtual sports betting in Asia continues to grow in popularity: “Last year we launched an Asian Cup version of our virtual football, which generated incremental revenues for operators. In 2019, we are rolling out virtual in-play tennis, baseball and cricket to cover increasing demand for these two sports.”

Additionally, for Betradar’s traditional live odds and live data service, the company has built up its regional data analyst network to cover not only globally appreciated sports such as basketball and football, but also more regional-focused sports such as kabaddi and field hockey.

While Africa has an active player base, the limited channels available make it a challenging environment. Greg Parsons, director of sales, Africa, says, “AV is emerging as a key differentiator for large operators appealing to a more diverse segment of end-users. The traditional challenges with regards to mobile penetration and data costs are falling and this, coupled with players’ demands of engaging options, has meant that offering streaming as part of the overall offering is really a key driver.”

Another necessity the market presents is agile and regionally optimised software, with most of the bigger brands in the region adopting this as an in-house driven tech approach. Parsons adds that sponsorship activity in Africa is also on the rise as operators realise the value in brand visibility and equity.

“The market opportunity in Africa is starting to see great momentum,” he says. “Operators are realising the necessity of an enhanced user experience, and that targeted marketing is becoming ever more intrinsically linked to digital scale.”