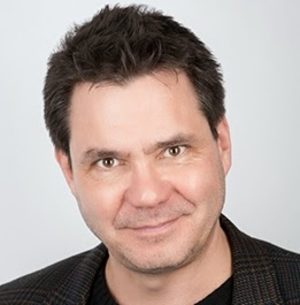 Czajkowski is an award-winning, long time veteran in igaming. Formerly CMO of Gala Interactive, responsible for the successful relaunch of GalaBingo and GalaCasino, he has worked in every major jurisdiction, from Central America to Gibraltar to his current role as CMO for RTG Asia, the Asian arm of for the 20-year old Real Time Gaming, in the Philippines.

Facing a plethora of new concerns in the digital age and an ever-growing number of slots released per month, both players and operators have a difficult choice when it comes to game developers.

Highlighting his experience in Asia, iGaming Business spoke with Alex Czajkowski, CMO at RTG Asia, to learn more about how player needs are developing, and how slots can adapt to reduce churn and catch the attention of new, younger audiences.

“Where once Asian players would have said “lady luck doesn’t live in a machine,” more and more players are discovering that indeed, she can,” says Czajkowski. Several developers are seeing a shift towards more slots action, which provides an alternative to traditional baccarat tables.

These players also show a strong preference to playing games with iconography and cultural images that they recognise, with Czajkowski citing RTG Asia’s successful Dragon Orb as a prime example of this, which features the Chinese Dragon, a symbol of power, strength, and good luck. But there’s more required in the market than just throwing some dragons and red lanterns into a game, says Czajkowski.

A high priority issue operators are facing is churn, Czajkowski says, and one reason for that is because players may like a title but find their money is taken too quickly. To combat this, Czajkowski recommends changing the inherent risk, or volatility, of a game.

A lower volatility level means players typically spend longer on one machine or slot as their money is used up at a slower pace, whereas higher volatility brings more risk and a different player experience.

However, having a range of games with different volatility is still important, with Czajkowski seeing this especially in the Asian market and on mobile titles.

“By creating titles with a variety of volatility levels, you make content more ‘sticky’ and increase the engagement of the players, leading to a higher player lifetime value – the numbers really speak for themselves,” he says.

Another large focal point for operators is attracting young and new audiences. Czajkowski says that younger generations “don’t want to play the same titles or even in the same way as their dads or grandmothers” – they want things that feel fresher.

Developing RNG games with unusual mechanics is a way to combat this, Czajkowski says, and this has been a priority in some of RTG Asia’s recent developments.

For example, adding in social gaming elements such as game mechanics that don’t look like traditional slots can help to make games more accessible to different audiences.

Czajkowski refers to their title Cubee as exemplary of this. Presented as a 3D fighter game, the player must collect matching ‘floating symbols’ to power up the protagonist and fight his opponents through various levels.

This can also add to a perception shift around the games, which Czajkowski says is becoming apparent in China already, adding: “We think this approach is really opening up new, younger markets.”

Appealing to the masses

In addition to using recognisable films and figures from mass media, leveraging the internet personalities young people admire can not only attract existing millennial players, but also the audience of the influencer, too.

For instance, YouTube personalities have the potential to impact and attract millennials more effectively perhaps than TV. A recent Mblm study found that YouTube is now the most trusted brands among millennials, over tech giants Apple and Netflix.

Additionally, eMarketer.com said 54% of 18 to 34 year-olds visit YouTube at least once per day.

Czajkowski says this opportunity has not gone amiss for RTG Asia: “We’re working on a game featuring a popular Asian influencer called Sprite (see left), who is a brand ambassador of ours built into the game as a character. We’re also releasing a game built around Burnley English Premier League team.”

Fundamentally, says Czajkowski, slots are a means of entertainment and escapism, and developing games which serve the players to those ends should be a priority. Along the way, you can stand out by improving their experience and opening new doors via their favourite influencers, historical as well as modern entertainment themes.