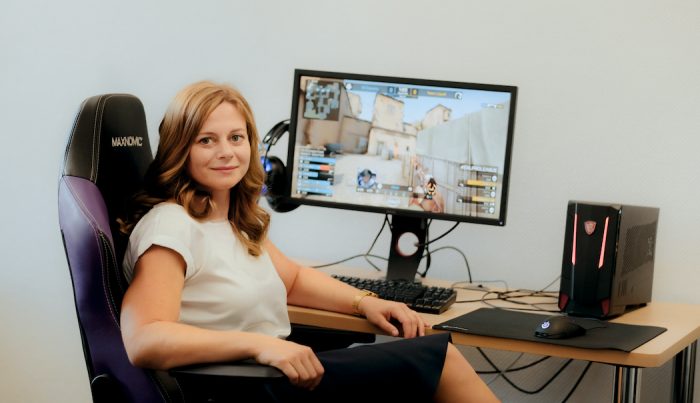 Dr Darina Goldin is director of data science at Bayes Esports. She started playing competitive Team Fortress 2 in grad school. While no longer an active gamer, she is still an avid Esports fan. At Bayes Esports, she has created numerous predictive models for Counter-Strike, Dota 2, and League of Legends. When not crunching numbers, you can find her at the gym training Brazillian Jiu-Jitsu.

As the hype for esports transitions more and more into practical solutions and strategy, now is a crucial time for operators to lay the foundations of esports provision.

There are some significant hurdles that must be overcome, too. From various issues around data such as distribution and integration to monetisation, there are many considerations to be made before the vertical can be truly considered a safe bet.

In the second in a series of esports-focused white papers from Bayes Esports in cooperation with Sportradar, titled ‘How to maximise your esports tournament experience’, specialists from across esports provision assess the need-to-know information for operators diving into the sector.

We spoke with Dr Darina Goldin, director data science at Bayes Esports, who authored a section of the white paper, to find out more about the most commonly encountered esports tournament formats.

Goldin begins the chapter by detailing the three main formats one may encounter when organising an esports tournament or league; knockout, group, and ladder.

Within each of these formats are various subdivisions. For instance, the knockout format includes single elimination, double elimination and Global Starcraft League (GSL).

For longer-running and self-organised events, there’s the ladder format, of which Goldin explains: “Each rung is populated by competitors of similar skill, who can challenge those positioned above them. If the lower ranked competitor wins, the two will switch places.”

She also highlights the free for all (FFA) and two-stage tournament types as worth consideration. FFA is an esports specific format, wherein many players compete for points based on performance.

Two-stage tournaments, she says, are one of the most common format types, wherein a group stage pitting players against each other in divisions in either round robin or GSL format precedes an elimination stage, which is usually a single or double elimination.

Goldin adds, “This setup offers a lot of benefits from the mix, and all competitors get a minimum number of games… It also lends itself well to having an online/offline mix, with group stages conducted over a longer period offline and a LAN final.”

She goes on to weigh up the pros and cons of each type, considering factors such as the complexity, length, seed requirements and fairness of the format.

After choosing the format of the tournament, it’s time to work on the finer details, such as maps, heroes, and sides.

These elements might be easy to miss for the uninitiated, but Goldin posits that they are crucial to ensuring the fairness of a match.

For instance, she says, “In titles in which different heroes can be selected, like LoL and Dota 2, a tournament will usually have an approved hero pool at the start or a list of heroes that are banned (due to being unbalanced, for example).”

Likewise, maps form a big part of the puzzle: “It is customary for a tournament to define the map pool before the event – usually selecting from a commonly accepted, standard active pool of maps.

“Beware, though, that for newer and smaller titles, such a consensus may not yet exist; it might be necessary to get some additional information as to which maps are currently a good choice for a competition.”

On sides, she adds: “Which side you play on can lead to a significant advantage in esports. Even in capture points maps such as those in Overwatch that appear completely symmetrical, the symmetry is not perfect.

“In MOBA games like LoL or Dota 2, one side might have an advantage that is as high as 7%.”

Sow the seeds of a good tournament

As Goldin puts it, “Of all the great reasons to host a tournament – creating entertainment, promoting the sport, and making money – one is the most primal: A tournament should show you which competitor (among the entrants) has the highest skill.”

To do this, an organiser should put careful thought and consideration into seeding to ensure luck is not the deciding factor of a winner. Beyond fairness, Goldin explains that this also provides the most entertaining experience for viewers.

“The obvious way to prevent this is by putting the two strongest teams on opposite sides of the bracket. In more general terms this is called seeding – determining the position of a team in a tournament based on some preconceived idea of their skill.”

Goldin continues by explaining the steps to seeding. Firstly, the organiser must evaluate the winning chances.

“Unfortunately, there are very few unified ranking systems in esports. On top of that, teams tend to evolve and change skill tiers rapidly, even more so in amateur leagues.”

To gain this information, she advises organisers use rankings from different stats sources, evaluate recent results, consult with experts, assess participating players in teams individually or use a round robin group stage in order to produce rankings.

“It’s not always necessary to seed all participants. Sometimes it might be enough to separate them into strong/medium/weak groups, or even just to identify the top four competitors.”

Alternatively, she says, you can skip seeding all together in certain formats such as round robin, or minimise efforts in double elimination and GSL. Or, throw caution to the wind and go for the random approach – especially in newbie or fun tournaments, this is easily justifiable.

For further insights from Dr Darina Goldin on tournament planning and wider information from specialists at Bayer Esports, you can read the full report – ‘How to maximise your esports tournament experience’.