The Department of Culture, Media and Sport's investigation into loot boxes concluded that the popular video game mechanic should be classed as a form of gambling. While Tom Grant of Grant Law argues that this may be overly drastic, he says the video gaming industry will need to take action if it is to avoid a regulatory crackdown. 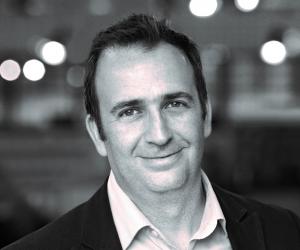 The Department of Culture, Media and Sport's investigation into loot boxes concluded that the popular video game mechanic should be classed as a form of gambling. While Tom Grant of Grant Law argues that this may be overly drastic, he says the video gaming industry will need to take action if it is to avoid a regulatory crackdown.

It’s that time of year again when my children wake up slightly earlier than usual and with a refreshing bounce in their step. I wish I could say that this is because they’re primed and ready to impress as the new school year begins.

The truth is that late September sees the annual release of the latest FIFA series and those precious few minutes before school are needed to tinker with their FIFA teams or to spend their pocket money on FIFA packs.

For the uninitiated, these are virtual ‘packs’ containing randomised cards of real footballers and those players can be used to build a team to be pitted against other gamers in online competitions. These ‘blind boxes’ housing the virtual items are commonly known as loot boxes.

Loot boxes were the subject of an inquiry carried out by the Digital, Culture, Media and Sports Committee (“DCMS”) which culminated in the publication of their report on “Immersive and Addictive Technologies” on 12 September 2019 (the “Report”).

In its introductory summary, the Report sets out the intent of its inquiry, namely to consider the potential harms resulting from an “economy driven by the objective of maximising user engagement”. In itself, this establishes a curious criteria that might well be applied to any commercial enterprise and implies that user engagement is a bad thing. Of course, this is tempered by the Report’s purported recognition that we must balance the pleasure gained from online gaming “against the potential harms that can occur”.

In relation to loot boxes, the most striking recommendations of the Report are as follows:

1. Loot boxes containing an element of chance should not be sold to children and instead in-game credits should only be earned through playing the games;

2. PEGI (the body responsible for applying content rating for games) should apply gambling content labelling and corresponding age limits to games that contain loot boxes; and

3. The Government should bring forward regulations under section 6 of the Gambling Act 2005 to specify that loot boxes are a game of chance.

One of the key drivers for these recommendations is the perceived “psychological similarities between loot boxes and gambling”. In the short term, this may result in over-engagement and speculative spending. The longer-term concern is that loot boxes will migrate gamers in the direction of the real cause célèbre, conventional gambling.

Whilst the Report recognises that there is no evidence to conclude that loot boxes cause problem gambling, we seem to be living in an age where proper research and actual evidence doesn’t stand in the way of a good old fashioned hunch. As regards to problem gambling, the Report observes that loot boxes may provide another outlet for actual problem gamblers who may experience equivalent stimulation to their “disordered and excessive relationship with gambling-related activities”.

The Report also considers whether loot boxes might legally be classified as gambling and, if so, whether game companies using loot boxes would need to obtain an operating licence which would, of course, gives rise to a range of regulations including age verification. Generally speaking, the statutory definition of gambling requires a combination of “chance” and “prize” but any such prize must be something of “money or money’s worth”.

Whilst virtual items have no real world exit value, there are secondary markets whereby gamers can trade their items for money in breach of the game’s terms of use. The gaming industry accepts that more needs to be done to eradicate these secondary marketplaces but it’s an interpretive stretch to validly argue that such game mechanics should be subject to gambling regulation.

The gaming companies have indicated that they would prefer to withdraw from regulated markets than be regulated, as has been the case in Belgium and The Netherlands, where loot boxes have been banned. To their credit, the Gambling Commission have made their position clear: they do not consider loot boxes meet the legal definition of gambling or fall under their jurisdiction.

The current debate about loot boxes bears many similarities with those discussions that peaked in 2012 as to whether social gambling games should be categorised as gambling. The fundamental concern at that time was that the features of social casino games, such as continuous play, virtual rewards and leaderboards, were both aspirational and habit forming. It was felt that social gaming would trigger obsessive behaviours and blight the lives of those who became addicted to the likes of Bejewelled and Candy Crush. It was also of concern that those social games with a casino-theme would be a gateway to a future generation of problem gamblers.

There are two fundamental differences between “then” and “now”. Firstly, the debate was eventually pacified by an industry-led approach to self-regulation which was efficiently co-ordinated so as to quell any concerns held by a pragmatic Gambling Commission. Secondly, the socio-political climate in 2012 was very different. Whilst there were certainly rumblings of discontent back then amongst the virtue signallers, the prohibitionists agenda has since gathered huge momentum and loot boxes are one of many leisure activities under their microscope.

All that said, it would be churlish to suggest that loot boxes do not suck in its target audience, particularly children, at great expense, but there is also some merit in the defence proposed by Kerry Hopkins, Electronic Art’s VP of Legal and Government Affairs, who compared loot boxes to Kinder Eggs.

A better analogy, particularly in relation to the FIFA video game series, is to that of football stickers or trading cards which can be traced all the way back to the 1880s when they were inserted into cigarette packets.

Trading cards still exist today in various guises but seem immune from the level of scrutiny afforded to loot boxes. There is one key difference between the two. One is delivered by highly sophisticated technology whilst the other is acquired by way of a quaint transaction in a local newsagent. Don’t be fooled though as collecting trading cards is still a costly exercise and brings similar levels of disappointment when rare items don’t appear. The point here is that large sections of society deem technology to be a “bad thing” and so apply a different standard to two things that are virtually identical.

The tone of the Report is laced with confirmation biases and, in places, demonstrates a lack of understanding of the relationship between gaming companies and gamers which is generally less adversarial than the gambling sector. Rather than trying to harvest a collaborative approach with the gaming sector, the Report may have the reverse effect as gaming companies go on the defensive. In the gambling sector, we know how long it has taken for operators to  promote compliance and social responsibility as a key component of their strategy and, whilst there is still a long way to go, it has been achieved in no small part by regulators and its licensee pulling in the same direction.

The gaming companies cannot sit on their hands and need to take proactive steps to mitigate against some of the obvious pain points.

Dr Jo Twist, CEO of UKIE (the trade body for the  UK’s games and interactive entertainment industry) has pledged to review the recommendations of the Report and consult with the industry. As a starting point, the gaming companies should consider a charter of self-regulation which should include working with PEGI to agree on appropriate cautionary labelling and improved communications with its players about the probability of  obtaining certain items.

More radically, it should consider the economic value of these ‘surprise mechanics’ by providing more generous outcomes for its players. Having had first-hand experience of my children spending sizeable amounts of pocket money with really disappointing returns, it does strike me that loot box economies needs to be revisited. This might trigger greater customer satisfaction without dramatically devaluing player engagement.

For the moment, the position on loot boxes remains a watching brief. As we know, the Government is currently focussed on other matters but this is not the end of the debate. In the meantime, my boys are still waiting to “pack” Messi.

Tom Grant is the founder of Grant Legal, a commercial law practice which predominantly advises on contractual matters within the gaming sector. Prior to setting up his own firm, Tom spent more than 12 years working for other law firms and in-house with gaming businesses.