In a wide-ranging Q&A, Flavien Guillocheau, CEO of Pandascore, discusses why the length of delay between the live action and the stream available to punters needs to be improved 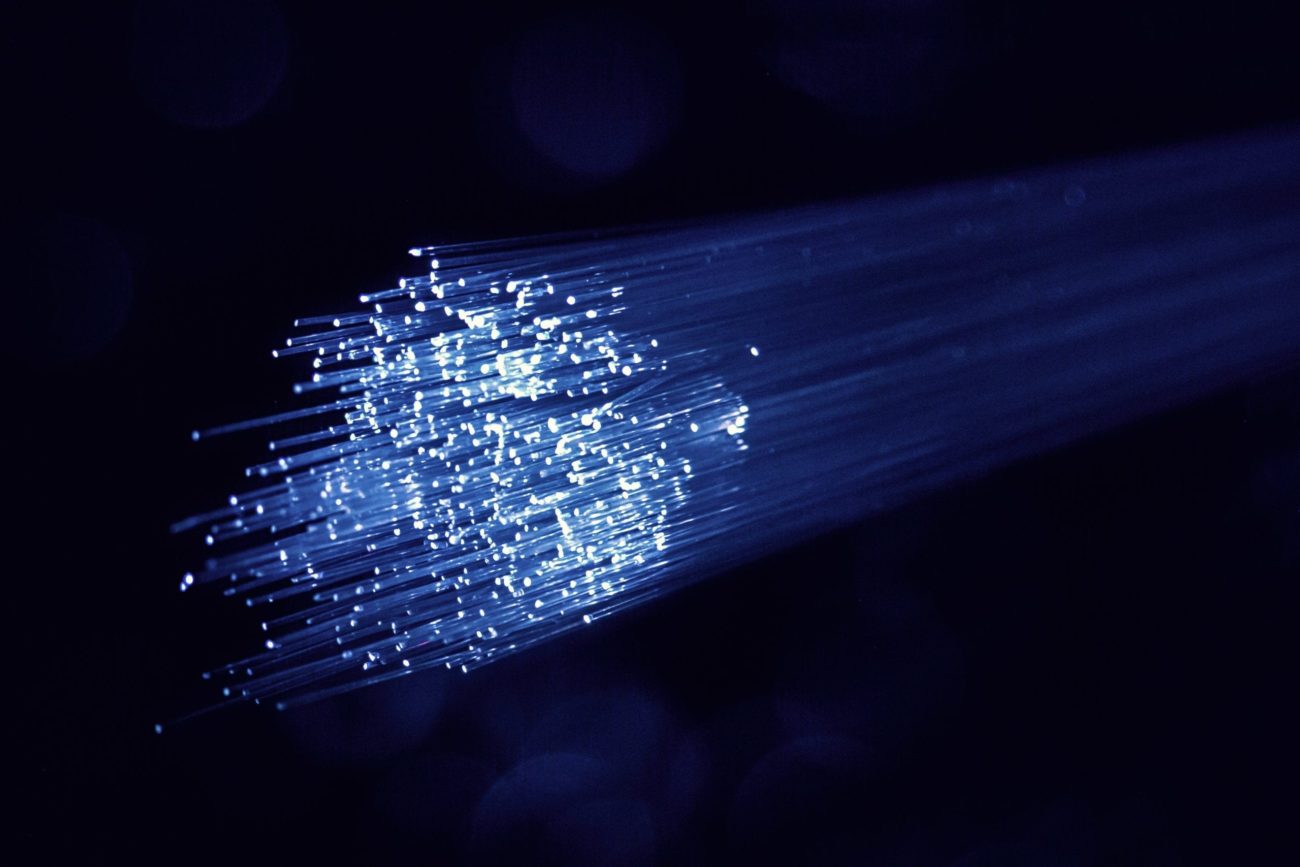 Why is latency so important to the success of the esports market? Are operators paying this aspect enough attention considering the potential impact it can have on player engagement and retention?

The issue of latency is a key aspect for sports betting across the board. Regardless of whether it’s esports or traditional sports, having even a two second time advantage is enough to give a significant edge and put other punters or the bookmakers themselves at a disadvantage.

Where esports differs from traditional sports is with the aspect of delay. Latency is when a video stream is slower than the real time gameplay, which is almost impossible to completely eradicate. But delay is more of an intentional feature in betting that has a big impact on the esports industry.

Tournament organisers purposely add delay to video streams for a few reasons but mainly to manage betting integrity and for broadcast quality. I believe most operators in the industry are approaching latency in the right way – just like in traditional sports, every second matters. When it comes to delay though, most operators are not looking at this at all. It’s not a matter of just a few seconds either, in most cases the delay can be 5–10 minutes, which is a completely different scale. This will naturally have a huge impact on player engagement when betting on a match and it’s an aspect I feel needs a lot more attention from the industry.

What is the current state of latency in the sector? Do you think it’s at an acceptable level that’s conducive for a truly competitive market?

I believe the current 5-10 minute delay is too high and definitely needs to be improved.

This current level of means that punters will be looking at a stream that is at a completely different stage in the game compared to what’s actually happening on the tournament or match server. The situation has been made worse because of the pandemic as matches can no longer be played in a physical venue but instead, it’s all happening online without onsite referees, making it easier to cheat.

Esports typically has an asymmetrical level of data, meaning that one team does not have full visibility of their opponent’s match activity which stops them from being able to spy on what each other is doing, ensuring a fair match. This is why a delay is usually added, as a way to stop ‘stream snipers’. These are players that hack into an opponent’s stream while playing, giving them an unfair advantage as they’re able to see aspects of the game that they wouldn’t usually have visibility on. Adding a delay to the stream stops them from being able to take advantage in this way, which is good for game integrity but inadvertently detracts from the punter’s gaming experience. Betting on a stream that is 10 minutes old is not as fun or engaging for punters, forcing them to bet on the fixed pre-match odds or perhaps not betting at all because nothing is more exciting than being able to interact with the game in real time.

Although the intentional delay is done for good reason, I still think this aspect could be improved through relatively simple solutions. One simple way could be by delaying the data feed as well as the video stream to make it completely fair, as early odds can also give an unfair snapshot to more seasoned and experienced esports players who know how to interpret these data items to predict the future of the game.

Are some gaming titles or genres more dependent than others on latency levels? Why?

The impact of latency levels on esports is mostly influenced by the tier of the tournament or match. Lower-tier esports and less popular titles typically don’t have official data rights which means that there is no mass feed for everyone to access. In these sorts of situations, punters, operators, players and spectators are all getting their info from the same place – the online stream – so there can be no unfair advantage in regard to data speed compared to stream speed. Nobody has an advantage in these cases, making issues of delay or latency less problematic.

Higher-tier esports is usually where the biggest risks to integrity are. Top level games that are broadcast across the globe and have official data feeds are where the issues arise. The delay between video feed and odds feed can be so disparate, especially with MOBA (Multiplayer Online Battle Arena) games such as League of Legends or Dota 2.

These sorts of games usually consist of continuous gameplay for 40–50 minutes with no pauses or rounds. Even with delays of up to five minutes, a lot can happen that will change the dynamic of the game and moreover, change the general outcome of the final result. This puts the operator at a hugely increased risk and makes it unfair for punters using the stream content to make bets.

With round-based games, where gameplay is fragmented such as Counter-Strike or Valorant, a similar five-minute delay will only put the viewer one or two rounds behind at most. Typically, this not enough time to impact the outcome of a whole match and punters can only bet on one round at a time so the opportunity to benefit from the time delay is significantly reduced.

What impact does this have on betting integrity, particularly for bettors at an information disadvantage?

There are two sides to this answer: latency and delay.

In esports, latency is very important for the general viewing experience and currently, most data providers are using advanced technology that keeps latency to a minimum by optimising every part of the streaming process. This is actually something most providers in our sector are making great progress with and isn’t too much of an issue.

The main issue is with delay. I personally have also heard from multiple bookmakers that there is a major problem with unfair betting in esports, all due to the fact that players are being forced to bet on old information.

There was recently a case in North America where an esports operator was severely penalised because they displayed a scoreboard that was delayed by just a few seconds. Add this to an already delayed video stream and it’s easy to see why this is such a big problem. If the punter is looking at the stream while betting, which is what most prefer to do, and they notice that the odds do not accurately reflect the gameplay they’re seeing on screen, they will of course be discouraged from betting and their level of engagement can drop significantly.

The issue of delay is not just about sports integrity and fairness but also about creating exciting experiences for the punters, enabling them to interact with gameplay in real time.

It’s been proven that matches with the biggest delays usually have the lowest betting volume, so it’s heavily in our interests as industry stakeholders to improve this as soon as possible. Latency itself is not a problem, the current industry level is under 10 seconds which is not perfect but is not problematic as most people don’t have the means or knowledge to be able to exploit that level of latency.

What role does AI play in improving data communication speeds? Does this new tech go hand in hand with improving latency?

AI’s biggest advantage is not necessarily in its overall data communication speed but more to do with its ability to process large amounts of data in a split second.

One of the ways we use AI-based models is in recognising and transforming images or video into useful statistics. It can also be used to recognise key points of a game such as whether a player is dead or not via colour recognition. When it comes to data items such as this, AI is no faster than traditional data gathering models. Where AI excels is in its ability to take information like this, plus up to 300 other data points and create a plethora of game predictions and betting opportunities in hundredths of a second. Resulting in a much more interactive and engaging experience for bettors.

What options do operators have for improving latency levels? Is it as simple as finding the right partner or is investment needed in their internal systems?

Improving the delays and latency levels is not the responsibility of the operator or their internal systems, they are only able to work within the set parameters that they’ve been given.

I truly believe the key drivers for these industry wide improvements should be spearheaded by the data providers, service providers and regulators.

To really make an improvement, there needs to be some changes in regard to the way the intentional delays are made. Surprisingly, the solutions are really quite simple. This can be done in offline tournaments by simply removing the delay, so everyone is receiving info at the same time.

For online tournaments where there is an increased risk of stream sniping, organisers can align the delay of the video stream with the delay of the data feed, blocking the possibility of any unfair advantages. I think this will be most conducive to creating a competitive and fair betting environment that everyone can enjoy. Even with no perceived delay, operators will still be able to price markets efficiently and most importantly, ensure the players betting experience is maximised.

The solutions are available to us as an industry, it’s just about making changes so that we can better ensure a more equitable, sustainable betting ecosystem for all stakeholders.