In the second part of iGaming Business' rundown of the year to date's most popular news stories, we see that viewers were particularly interested in US developments, while regulatory progress in Germany also attracted a lot of hits. 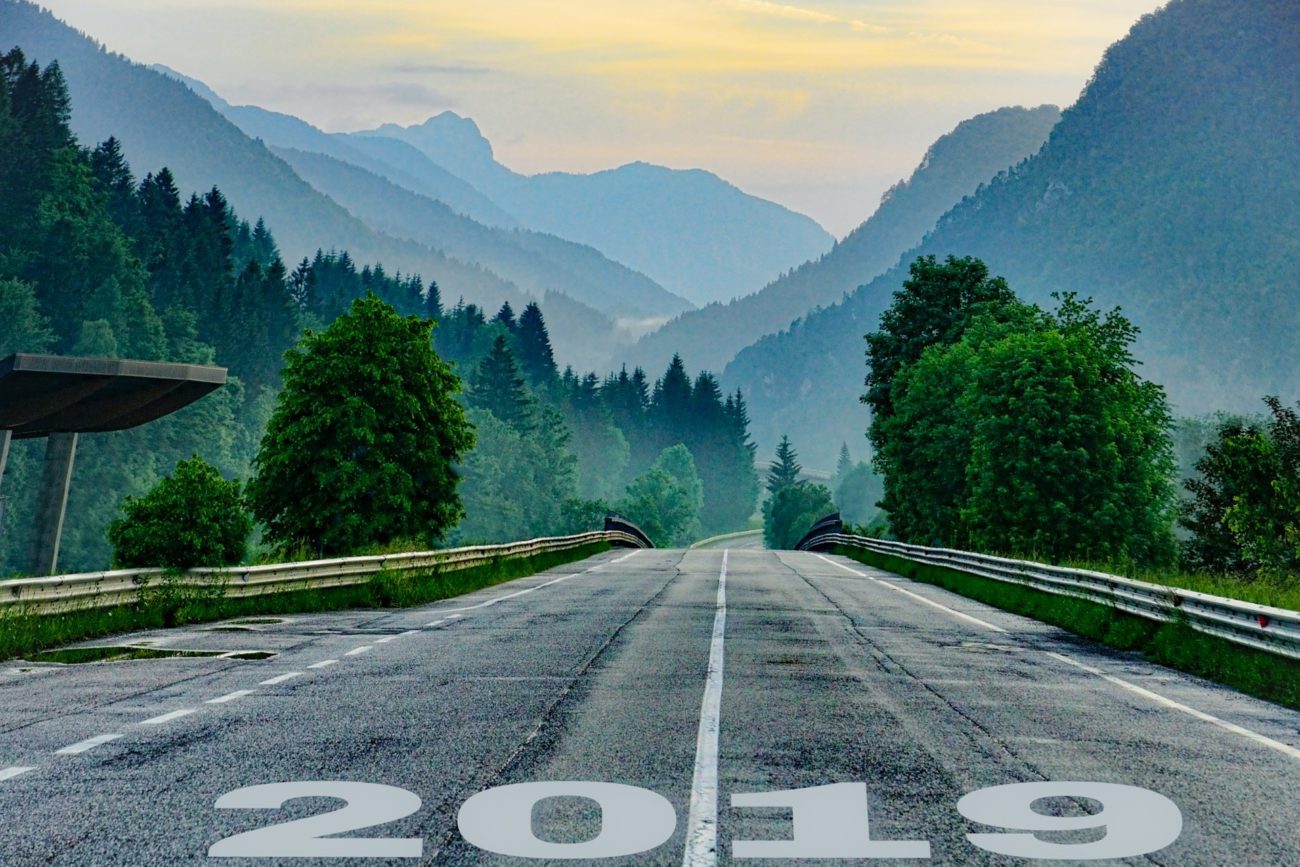 In the second part of iGaming Business' rundown of the year to date's most popular news stories, we see that viewers were particularly interested in US developments, while regulatory progress in Germany also attracted a lot of hits.

The top ten is based on the most read stories on iGamingBusiness.com. Part one is available to read here.

5. Apple will only allow native iOS gambling apps in App Store
We will not see the effects of this story until later this year, but it promises to have a major impact on the gambling industry, both in the US and Europe. Apple has decided that it only accept apps developed specifically for its operating system in the App Store, setting developers a deadline of September 3 to comply.

This means that gambling apps, in which an HTML5 website is hosted in a native iOS ‘wrapper’ will disappear from the App Store. The problem here is that the majority of apps are built in this way, as they are quicker and cheaper to produce.

Operators now face a lengthy and expensive process to ensure their apps are up to scratch. This could have been an inconvenience, but one unlikely to harm businesses, were it not for the September 3 deadline. This falls days before the start of the National Football League (NFL) season, and just weeks after the European football season gets underway.

With the US market in the early stages and most newly-regulated states aiming to go live in time for the NFL betting bonanza, this lays down a huge obstacle for operators to overcome. It’s worth noting that in New Jersey, online wagering turnover, driven by the wide availability of mobile betting, accounted for 81% of the market total.

“It will require sizeable and skilled native development teams to ensure all functionalities are fully compliant. However, operators with less complex products may be able to meet the deadline if they start now.”

In Europe, where there is a critical mass of players already gambling via apps, this will create problems for operators. In the US, it could seriously hinder the growth of legal wagering.

However, this regime will only be in place until June 30, 2021, and in 15 of the country’s 16 federal states. Schleswig-Holstein, which has long rebelled against the Treaty, will continue with its own liberal, multi-vertical model, also until June 30, 2021.

This cut-off date is important, as it acts as a deadline for the states to reach a consensus on a new, long-term model for gambling regulations. And for the first time, it appears that a majority of states support a liberalised model.

Leading German gambling lawyer Wulf Hambach has suggested that Rhineland-Palatinate, North Rhine-Westphalia and Baden-Wuerttemberg all support the Schleswig-Holstein approach, with Bavaria, Saxony-Anhalt and Saxony leaning towards adopting its framework. Just Hamburg, Berlin, Brandenburg and Bremen appear set against it.

Germany finally appears to be heading towards a viable regulatory model. Negotiations are ongoing, but momentum is building. However, this should not be taken as a sign that regulators are willing to turn a blind eye to non-compliant operators. Online casino remains prohibited, and the state of Niedersachsen has begun to use blocking orders to stop payment providers processing transactions to gambling sites. Just one such order has been issued to date, but it has pledged more will follow.

3. Oddsshark faces NJ shutdown over illegal gaming promotion
The New Jersey Division of Gaming Enforcement’s decision to move against affiliate Oddshark for promoting unlicensed sites including Bovada, Betonline and 5Dimes in the state showed that no site is too big to fail. The site was returned by 7.7% of all Google searches on gambling carried out between December 2015 and January 2019, according to Pi Datametrics, making it one of the best-known gambling portals in the market.

Now it has effectively been forced out of the state, with the DGE ordering all licensed operators and suppliers to cease working with Oddshark.

This case highlights the DGE’s willingness to be swift and brutal where required – all offshore links quickly disappeared from other affiliates active in New Jersey. It also highlights the scale of the task facing regulators from unlicensed market incumbents.

In an exclusive report for iGaming Business, H2 Gambling Capital estimated the illegal US market’s annual gross win to be in the region of $11.2bn. The legal US market, in terms of gross win, amounts to around 4% of that. More is wagered illegally than is wagered on the Las Vegas Strip, H2 noted. Handle is comparable to revenue generated by tech giant Apple in 2017, it added.

At the current growth rate, H2 believes that it will take until 2030 at the earliest for the legal US market to outgrow its illegal counterpart. As more states open up, there will be more pressure on regulators to crack down on offshore operators. Little federal action has been taken since indictments on leading poker sites were unsealed in 2011, but we could potentially see a second ‘Black Friday’ in the near future.

2. BetBright closes after 888 acquisition
The shutdown of BetBright’s customer-facing sportsbook following the business’ acquisition by 888 prompted an outcry from aggrieved punters. The deal itself has been widely queried and even criticised by industry analysts. It also caused the share price of 888’s current sportsbook technology partner Kambi to dip.

It was one of two deals struck by 888 in the first half of 2019, alongside the acquisition of the underperforming Mandalay bingo assets from JPJ Group. This follows 888 losing the contract to power the GVC-owned Cashcade brands. The deals were struck on new chief executive Itai Pazner’s watch, after he replaced Itai Frieberger in the role in January.

With the gradual opening of the US sports betting market, the vertical appears to be dominating operators’ thoughts, which would explain 888 looking to bring its technology in-house. However this brings with it risks; the Kambi product has performed well, with revenue from January 1 to May 18 up 29% year-on-year. If the launch of the BetBright-powered platform is not perfectly executed, it could lose players and see revenue fall.

The deal for the Mandalay assets, including Costa Bingo, appears to be a move to shore up a struggling bingo vertical. Revenue was flat year-on-year for the first 15 weeks of 2019, and it faces a new competitor in the combined Rank Group and Stride Gaming business.

It also highlights a growing trend of established operators looking to take control of their own destiny by acquiring technology. The wave started by 888-BetBright has continued with the Rank-Stride deal and most recently, JPJ Group's deal to acquire Gamesys' bingo and gaming assets and technology platform.

1. US DoJ rules Wire Act applies to all forms of gambling
The news that every US gambling business feared was confirmed in January, when the Department of Justice’s Office of Legal Counsel announced that it believed the 1961 Wire Act applied to all forms of gambling. The decision, which many including New Jersey Attorney General Gurbir Grewal attributed to pressure from anti-igaming lobbyists funded by Las Vegas Sands chief executive Sheldon Adelson, looked set to impact the entire industry.

In particular, lotteries appeared to be at risk. Popular games such as Powerball, which runs across multiple states, looked set to be ruled an illegal form of gambling. With states’ iLottery offerings powered by servers in other territories, huge sources of funding looked set to disappear.

This prompted the New Hampshire Lottery to challenge the stance, and ultimately succeed in having the revised opinion set aside. This was a major victory for both the lottery and a number of states which filed amicus briefs in the case.

However, the DoJ could well appeal the District Court ruling, which would see the case progress to the First Circuit Court of Appeals. As New Jersey’s battle for legal betting shows, having judgements go against you in multiple courts does not mean you won’t ultimately prevail. A memo from the Department instructing staff to hold off on enforcing the revised opinion until December 31, 2019 suggests it won't go down without a fight.

The odds are stacked against it, however. Congressional Representatives are looking to amend a bill that funds the Department to block any of that money being used for Wire Act enforcement.

It is also likely to prompt states to be a little warier in approving the launch of new products. This has already been highlighted in West Virginia, where the state Lottery Commission has delayed the launch of DraftKings’ mobile wagering app to ensure it is compliant with the Wire Act. Whether or not a piece of legislation passed to crack down on organised crime running gambling rackets from 1961 should be applied in the internet age is another matter entirely. The industry’s opponents are unlikely to be deterred by a single setback. This case is far from over.