Chinese sports betting operator 500.com has announced that its chief executive has stood aside over accusations of bribery in Japan. 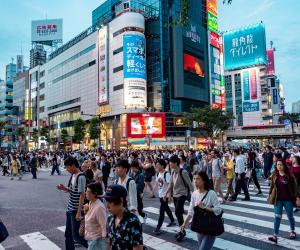 Chinese sports betting operator 500.com has announced that its chief executive has stood aside over accusations of bribery in Japan.

The sports lottery provider said Zhengming Pan, its director and chief executive officer, requested to temporarily step away from his positions until the conclusion of an internal investigation into alleged illegal money transfers related to the development of integrated resorts in Japan.

500.com has formed a special investigation committee to consider its conduct in Japan and the role played by consultants following the arrest of one consultant, who was also a former director of the company's subsidiary in Japan, and two former consultants by the Tokyo District Public Prosecutors Office. They are suspected of bribing a member of Japanese Prime Minister Shinzo Abe's ruling party to gain a favourable position for a bid to run one of the country's upcoming casino resorts.

500.com also announced that its chairman, Xudong Chen, has resigned with immediate effect. Shengwu Wu has been elected to replace Chen as chairman, and Zhaofu Tian, 500.com's current chief technology officer, has been appointed as interim CEO.

Reports in Japan claim that 500.com’s local subsidiary, which was formed in 2017, is believed to have syphoned a bribe of around $30,000 to Japanese lawmaker Tsukasa Akimoto in relation to a planned casino on the northern island of Hokkaido. Akimoto was arrested in December and has denied the charges.

Laws passed in 2018 allow for three casino resorts to be built in Japan, with further projects only to be allowed seven years after the initial batch open.

Okinawa, Osaka, Yokohama, Wakayama, Sasebo and the capital of Tokyo are among the other sites being considered for a casino resort. Hokkaido’s governor announced in November 2019 that it will no longer seek an immediate bid to construct an integrated casino resort due to concerns about the impact the project could have on the local environment.

The Japanese government is set to formally establish a regulatory body to oversee the country’s land-based casino industry by the end of this month.