UK industry standards body the Betting and Gaming Council (BGC) has called on the government to establish an “urgent economic package” to support the casino sector after warning its latest novel coronavirus (Covid19) measures could lead to 50% of workers losing their jobs. 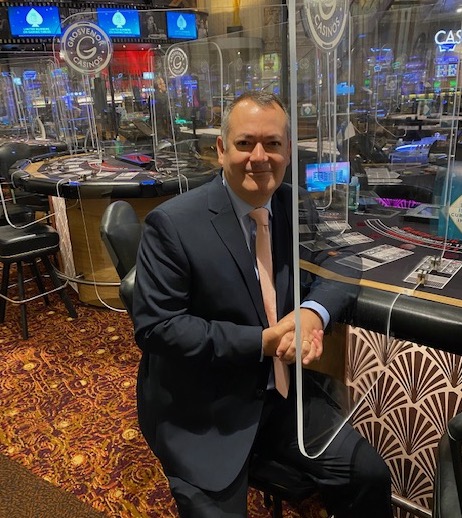 Prime Minister Boris Johnson today (22 September) set out a series of measures to slow further spread of Covid-19, at a time when experts are warning that the country is facing a second wave of the virus.

Among the new restrictions is a 10pm daily curfew for all leisure facilities, including casinos, from 24 September. Venues that fail to comply face financial penalties and potentially being shut down.

The measures also require all retail staff to wear face coverings when working, while bars and restaurants will be limited to table service only.

Johnson said that while the new restrictions only cover England, the devolved governments in Scotland, Wales and Northern Ireland will also set out similar requirements.

The Prime Minister also warned that the measures could be in place for up to six months, while restrictions could be tightened if the initial changes to regulations do not slow the increase in positive Covid-19 cases.

However, BGC chief executive Michael Dugher (pictured) said the Prime Minister may have “signalled the death knell for the casino industry”, criticising the government for including casinos – which do up to 70% of their trade after 10pm – in the list of businesses impacted by the curfew.

Dugher also noted that the Department for Digital, Culture, Media and Sport had argued casinos should be exempt from the restrictions, with the facilities having put in place a host of measures to ensure the safety of staff and customers prior to reopening on 15 August.

“His own public health officials saw for themselves the sophisticated anti-Covid measures which casinos have put in place – and then gave them the go-ahead to re-open just last month because they are Covid-safe,” Dugher said.

“It is now absolutely vital that the government throws the industry a lifeline by putting in place an urgent economic package to alleviate the damage that this decision will cause.”

Dugher recommended that the government consider extending its Coronavirus Job Retention Scheme, which is due to conclude on 31 October. If this were not possible, Dugher said he saw merit in the Labour Party’s ‘High Street Fightback Fund’, which would see £1.70bn (€1.84bn/$2.15bn) given to businesses affected by the curfew.

“The 10pm curfew will slash casino incomes by up to 75% and likely lead to half their workforce – some 7,000 people – being made redundant,” Dugher said.

“Without immediate and substantial financial help from the government, perfectly viable casinos – which between them paid £1.3bn in tax to the Treasury in the last three years – will simply go to the wall.

“How does the Prime Minister hope to power an economic recovery if he’s sat back and allowed whole industries to go to the wall?”

Dugher’s comments come after the BGC opposed similar curfew plans in both the north-east and London, before it was confirmed as a nationwide initiative. The BGC had written to Culture Secretary Oliver Dowden warning it could lead to thousands of job losses if rolled out across the UK.

Casinos in London had sought to avoid any curfew by offering a compromise to the government, whereby it would close all of its bars by 10pm, but the main casino could remain open. However, with today’s, this proposal has seemingly failed.

The British Horseracing Authority (BHA) also warned that the racing industry faces a “severe threat” as a result of the measures, which will see the return of spectators to events was delayed for the foreseeable future.

The BHA had already warned the UK government that the industry could lose as much as £300m in revenue this year due to Covid-19.