As the ten-year anniversary of the opening of the French online gaming market nears, licensees appear to have finally adapted to extremely difficult operating conditions 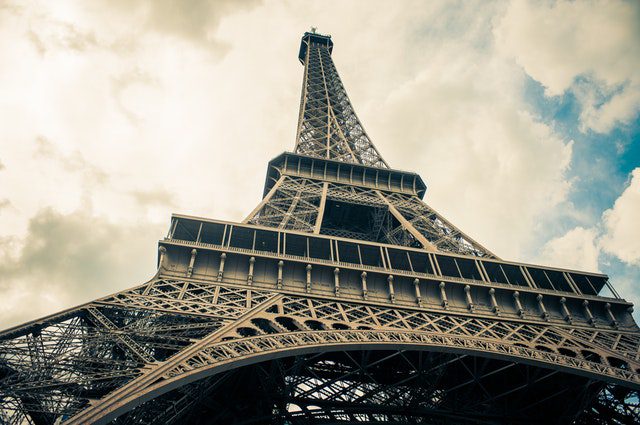 As the ten-year anniversary of the opening of the French online gaming market nears, licensees appear to have finally adapted to extremely difficult operating conditions. By Jake Pollard

The French igaming market of 2020 is markedly different from the one that took its first steps as a newly regulated European country nearly 10 years ago.

From a regulatory point of view, the key change at the start of 2020 of course is the switch from a taxation system based on turnover to one taxing operators’ gross gaming revenues (GGR).

From a broader business perspective, it’s not an understatement to say dot.fr operators have been through the wringer during the past decade.

This refers to the various poker or sports betting sites that closed down shortly after regulation because of an inability (impossibility, some might say) to balance business costs and eye-watering tax rates.

The complaints about the market’s harsh regulatory structure in those early years were loud and, in true gallic style, persistent.

In retrospect, the high point of disillusionment, what many executives described as a real kick in the gut by the French authorities, was the review clause earmarked to take place 18 months after regulation of the market.

The clause was supposed to allow the government to reassess the regulations at the end of 2012 and, as was widely expected, switch to a tax on gross profits, giving operators some breathing space.

The switch didn’t happen, mainly due to lobbying by La Française des Jeux (FDJ), and the ‘non-review clause’ had a significant impact on the sector. It deflated many and led to an atmosphere of gloom and pessimism.

Yet, in the seven years since, French operators have managed to turn the country into a growth market. This is largely down to sports betting, but the poker and pari mutuel horse racing verticals have also returned to growth in recent quarters.

Turning to horse racing, the market is on course to report its third consecutive year of growth, with player stakes rising 5.4% to €1.11bn and revenues increasing to €271m.

Poker saw growth in player numbers and revenue for the year. Revenue from cash games grew to €88m, with tournament rake increasing to €184m.

Looking ahead, the switch to a GGR tax is the major positive for the sector.

Hervé Schlosser, co-founder of sportsbook platform provider Sportnco and vice-president of the French igaming trade body Association Française du Jeu en Ligne (AFJEL), says: “The GGR tax will remain at the same, very high, levels as when it was a turnover tax, in total approximately 55% of GGR for sports betting.

“But it is still a positive. It allows operators to plan ahead and have some visibility with regard to forecasts and margins.”

Speaking of margins, does Schlosser believe the French regulatory model has proved its worth? After all, French igaming companies are growing despite being in one of, if not the toughest regulatory environment in Europe.

“It is true that what we have achieved so far is quite remarkable considering the context,” he says. “But it should also be remembered that it took a lot of work and many difficult decisions to reach this stage.

“As a trade body we will continue to call for further reforms to help our sector, but what the past 10 years have shown, from both B2B or B2C angles, is that it is possible to grow in a highly regulated and costly market if you pay close attention to detail, focus on your clients and sportsbook offerings and develop expertise in key skills like trading and risk management.”

It should also be pointed out that the majority of the growth has come from the betting vertical and that poker and horse racing’s renaissances much more recent.

Still, when compared to the mood among operators back in 2013, there has been a marked change for the better.

These statistics are not 100% accurate, but all the contacts iGaming Business spoke to for this feature echoed the figures. Of note is that Betclic has reclaimed top spot, having fallen down the order between 2012 and 2017 as it missed the mobile wave.

The return of founder Nicolas Béraud in early 2017; closing the London and Paris offices and reducing marketing spend to concentrate on mobile; and recruiting Julien Brun, who had spearheaded Unibet’s French activities for many years, all played important roles in turning the tide for the group.

The other standouts have been the rise of new(ish) brands Winamax and ZEBet.

ZEBet is also a more recent brand, but CEO Emmanuel de Rohan Chabot’s horse racing site ZETurf has been active in the space for many years. Both have succeeded in part thanks to aggressive marketing.

On the other of the side of the betting coin PMU and Bwin lag behind and FDJ has still not made up the gap, despite growing online stakes to €1.6bn in H1 2019, the same amount as the whole of its 2017 financial year.

FDJ’s successful privatisation last November and the €1.9bn windfall it generated for the state, along with its acquisition of Sporting Solutions and payment solutions provider Bimedia, will see the group focus on a B2B strategy that it hopes will help it grow outside its home market.

As ever the elephant in the room when it comes to igaming regulation in France is online casino. The vertical will not be regulated for the foreseeable future.

Although criticism of the authorities on this issue has largely died down, there is no denying that a substantial illegal online casino market has flourished in France, untaxed and free of any consumer protection measures.

Equilibrium
The reasons for this state of affairs are largely historical, and in 2020 land-based casinos would not have major objections to seeing the vertical regulated for fear of it cannibalising their activities, as was the case in 2010.

However, Charles Coppolani, president of ARJEL, says: “It is about finding a balance between generating revenues for the state and creating a [large-scale] demand for a product where currently there isn’t one, with the attendant risks it can entail when it comes to problem gambling and addiction.”

The other obvious point is that 10 years after France regulated online gaming and betting, the sector has, to a large extent, reached equilibrium and is stable.

Of course, the tax levels are still very high and there are major discrepancies in the privileges the PMU and FDJ monopolies continue to enjoy.

For example, FDJ’s retail betting monopoly has always been taxed at circa 44% of GGR and H1 2019 stakes totalled €7.9bn throughout its 30,000 high street outlets, which puts some context on the 55% turnover tax the online operators have had to endure for 10 years.

However, at a time when talk of advertising and marketing bans is commonplace across many EU markets, and major prescriptive regulatory reform is expected to be initiated in the UK this year, then maybe France has shown that it is possible to have a growth market without a casino vertical and within a tightly controlled regulatory framework.

Photo by Martijn Adegeest from Pexels