Welcome to the December edition of the iGaming Business Market Monitor where we round up what's been happening in the UK, Spain and Denmark in Q3 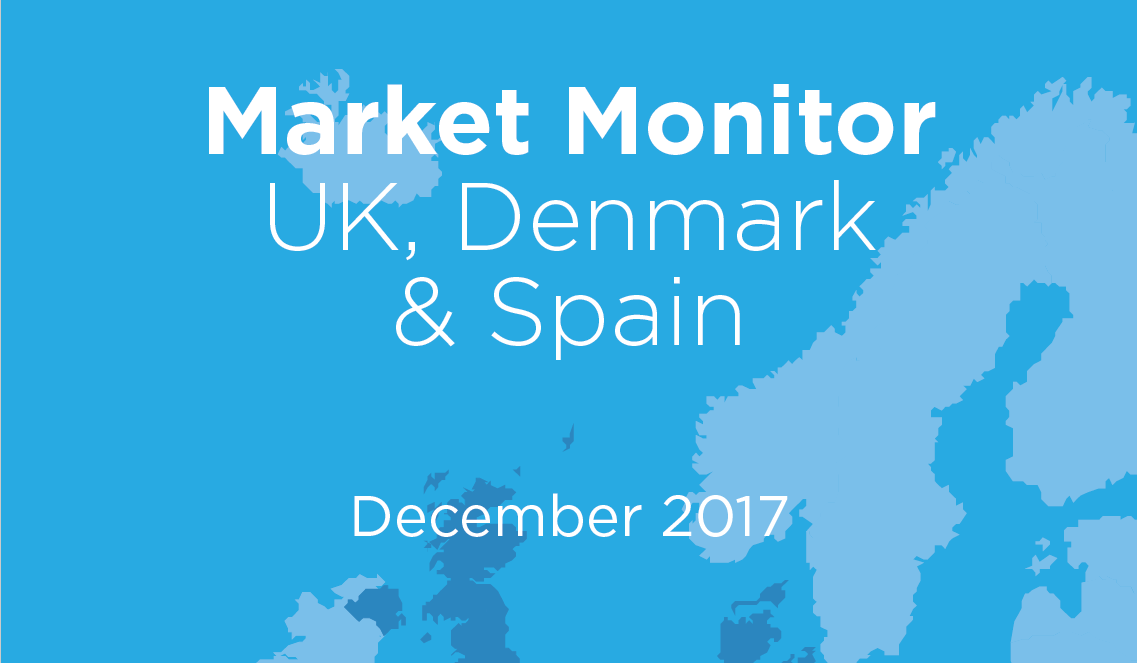 Welcome to the December 2017 edition of the iGaming Business Market Monitor. In this, we look at how the regulated markets of the UK, Denmark and Spain fared during the third quarter of 2017.

Starting with the largest of these, the UK, what has become increasingly apparent since our last edition in June is that this is a market increasingly divided between two dominant brands – Bet365 and Sky Bet – and the rest. And while the double-digit growth days of the early years of this decade are now firmly behind us, the post-PoCT era so instrumental in driving consolidation among the chasing pack, an era we were told would see all but the very largest brands fall by the wayside, has seen many medium and small operators emerge to carve valuable niche positions in the market, particularly on the gaming side. The disruption caused by M&A is in part responsible for creating this opportunity, a factor in why it is often seen after the fact as “value destructive”.

In Denmark, a booming online casino segment continues to drive the market forward, with mobile gaining the traction (up to 34.5% of turnover) already underway in sports betting (55% of turnover). During the period, the regulator reported the results of a search into websites illegally targeting Danish players with gambling products had returned a “low” number, with the number slightly higher for those undertaking marketing on their behalf. It concluded that this indicated the effectiveness of the liberalisation in dramatically cutting illegal activity, adding that the increasing GGR, stable number of licensees and the participation of larger international brands within the market had also contributed.

Finally, in Spain the number of licensees will rise to 45 next year after regulator the DGOJ announced that 10 more licences would be issued following expressions of interest from a handful of (unnamed) international operators. The market is now beginning to pick up pace from a slowish start in 2012. DGOJ director general Juan Espinosa Garcia’s comments at a conference in October that a review of the tax regime is imminent will however have been music to the ears of all stakeholders. Paul Leyland at Regulus Partners has said that with a lower tax rate and more licensees, a doubling or tripling of the dot.es market over the next three to five years is entirely possible.