Italy’s advertising and communications regulator Autorità per le Garanzie nelle Comunicazioni (AGCOM) has finally set out exactly how it plans to enforce the country’s ban on gambling advertising. The watchdog will permit information about odds or jackpots to be reported by Italian media, while land-based operators will be allowed to display branding in shop windows. 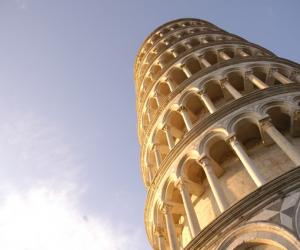 Italy’s advertising and communications regulator Autorità per le Garanzie nelle Comunicazioni (AGCOM) has finally set out exactly how it plans to enforce the country’s ban on gambling advertising.

AGCOM’s guidance on the so called Dignity Decree, which was approved by Italy’s Council of Ministers in July 2018, confirms that direct and indirect advertising, sponsorship or promotional communications will all be banned.

Alongside traditional forms of advertising, commercial communications such as product placement, the distribution of branded items (including competitions with branded products as prizes), advertorials and influencer marketing are all banned.

This, it says, aims to reduce rates of gambling addiction and ramp up player protection efforts, especially for vulnerable groups such as problem gamblers, minors and the elderly.

However, AGCOM has provided certain ways in which operators can communicate with customers. For example, informative communications are not considered to fall within the scope of the decree.

This means information such as sporting odds, jackpots, odds of winning a game, bonuses available and minimum bet sizes can all be communicated to the public via Italian media sites.

As expected, retail operators will be allowed to display their branding on signage and shop fronts, as well as products, on offer in-store, provided this does not include inducements to gamble.

There will be exceptions for B2B commercial communications, including those circulated in specialist trade magazines, as well as corporate social responsibility communications. This means operators can run campaigns around responsible gambling or providing information about legal gambling products, provided they do not include branding or logos.

Campaigns promoting social or charitable projects backed by an operator will also be allowed, again provided the logo does not appear.

However, efforts will be taken to limit how much operators appear on internet searches on gambling. Only when a player makes a search specifically relating to gambling should an operator’s site appear in the results, AGCOM says, with licensees not permitted to pay to boost their search rankings.

While the advertising ban came into effect from January 1, 2019, the prohibition on sports sponsorship, which includes operator branding appearing on strips and advertising hoarding, does not come into force until July 14. This has been designed to allow deals already agreed to come to a conclusion.

The ban came into force alongside a series of tax hikes for the industry, which see online casino and bingo operators taxed at 25% of gross gaming revenue, and online sports betting taxed at 24% of GGR. Land-based sports betting operators now pay a 22% gross revenue, while tax on virtual sports (22%), video lottery terminals (6.75%) and amusement with prizes (18.85%) were also increased.

The country's gambling sector posted year-on-year declines in revenue over the past two months, with revenue for March down 3.7% to an estimated €140.2m (£121.2m/$156.4m) following declines in online and land-based sports betting.