Kindred Group chief executive Henrik Tjärnström said the business’ diversified model meant it was able to shrug off ongoing disruption caused by novel coronavirus (Covid-19) in the third quarter of the year. 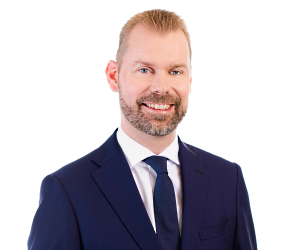 This led to high levels of customer activity, with customer stakes up 21.2% to £1.48bn, though margin worsened during the quarter, to 8.2% after free bets.

Online casino, however, remained the principal source of revenue, making up £145.0m of the Q3 total, 38.5% higher than the prior year. Tjärnström (pictured) noted that despite the return of sports, customer activity around online casino had largely sustained once more betting options were available to customers.
Poker, in a period where the vertical has seen a mini-resurgence, also performed ahead of Q3 2019, with revenue up 30.8% at £6.8m. However, this represented a 29.9% decline from Q2’s high of £9.7m. Other products brought in a further £8.0m in revenue.

In terms of geographic split, 61% of revenue derived from locally regulated markets.

“Entering these markets often has a short-term negative impact on our business, but we know that, if managed well, this is temporary and that profitability will be restored over time,” Tjärnström said.

Western Europe was Kindred’s main source of revenue, bringing in £173.3m, more than double the contribution from the Nordics, which was down marginally at £66.0m, and the only region to post a year-on-year drop in revenue.

A further £25.4m came from Central, Eastern and Southern Europe, while revenue from other markets, including the US, grew almost threefold to £16.0m. Kindred is currently live in New Jersey, Indiana and Pennsylvania, with preparations for Illinois and Iowa roll-outs now underway.

“With New Jersey and Indiana also growing steadily, I expect the US to become one of Kindred’s largest markets during the next couple of years,” Tjärnström said.

“As with all market entries, the initial investment phase is focused on building our customer base and, as a result, the US market has seen revenue negatively impacted by big bonus campaigns during the second half of the quarter.”

The quarter’s revenue growth did lead to higher outgoings for the business, with cost of sales rising to £117.7m, including increased betting duties of £57.5m. Administrative expenses, on the other hand, were down 6.3% at £53.8m.

Operating profit, after management incentives, personnel restructuring and foreign currency translations, came to £61.4m, a significant increase from the prior year’s £22.4m total.

“As an organisation we continue to endure the pandemic and our dedicated teams are doing a terrific job as they run the business from their homes,” Tjärnström said. “The ability of the entire Kindred team to adapt to these new circumstances, and turn it into a strength, demonstrates our progressive attitude as a company.

“I am both proud and pleased to see how well we have all managed to deal with this difficult situation.”

This momentum looks to have carried into the third quarter, with gross winnings revenue for the period from 1 October to 3 November tracking 42.0% ahead of the prior year, and active customer numbers up 18%.