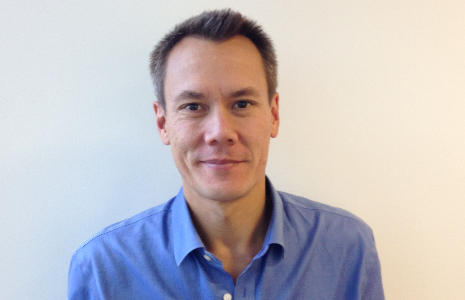 Discussing the problems the industry faced when it tried to convey a positive message about its responsible gambling and social responsibility efforts, one panellist at a conference late last year said: “Too often it seems like the industry is speaking to itself.”

While not meant to be a defining description of how the industry addresses responsible gambling (RG), the comment seemed apt. The venue was full of industry executives discussing how the gambling sector could improve its reputation by publicising its many positive RG initiatives or lobbying for better regulations.

Trade journalists were also asking searching questions of the panellists and speakers. But for all the talk and coverage the topic received in the trade press throughout November 2019's RG Week, not a single article in the mainstream media mentioned the industry’s RG efforts or events and briefings it had held.

No mainstream media was present at that particular RG conference either and even if it had been, it is doubtful the coverage would have been positive.

The reasons for this state of affairs are hard to determine. After all, it is a longstanding issue and the industry has often debated how it can change the narrative around RG and show that it is doing all it can to promote it.

There are many possible answers, but  the more blunt among us would simply say that the gambling sector has only ever paid lip service to RG. That it has never put in place actionable policies or an industry-wide strategy to truly benefit consumers. Instead of saying how much it cares about player safety and wants to reduce levels of problem gambling, it should put into action the policies that will deliver those results.

Addressing the problem, not how it is perceived
This, of course, is easier said than done. Even if it did put such policies in place and they produced positive results, how would it persuade the government, media and competing trade groups such as BACTA of its case?

In addition, unlike alcohol and tobacco, those affected by problem gambling do not often show physical signs of being affected and gambling, especially in that context, is most often a solitary pastime. Industry measures around RG, even when they have successful outcomes, also tend to be much less visible than those undertaken by the other two ‘vice’ industries that are alcohol and tobacco.

For Dan Waugh, partner at the gambling consultancy Regulus Partners, there is some truth to the theory that the industry has spent too long talking to itself, but first “it must determine the problem it is trying to solve”.

“For a long time the industry has focused on how problem and responsible gaming is perceived, rather than on addressing it”, he says.

“There have been so many announcements over the last few years, accompanied by numerous bold claims, that the industry has wanted credit for” – despite there not being tangible results to show.

Waugh concurs that the RG policies promoted by the various trade groups, whether the Senet Group or the Betting and Gaming Council (BGC), have difficulty addressing the issues effectively. The result is their initiatives can look random and suffer from a double affliction. They can be seen as too general and ineffective, while simultaneously not pointing out the real underlying problems that need to be addressed for fear of being too long-winded or boring.

“The industry needs to find the problem it wants to address and join the dots in coordinating action efficiently,” he says. “Clearly it shouldn’t have allowed things to reach the stage they have, the sector must find the time and space to reach a solution that provides the balance and calm to address issues that require deep and thoughtful analysis.

“It then has to act and the measures must deliver results that the industry can publish. That is the only way government and regulators will come round.”

Industry infighting
The other key issue the sector must address is the infighting that has gone on for many years and characterised so much of the debate around FOBTs in the last few years. That the UK government reduced the maximum stake to £2 might have been celebrated in certain parts of the industry. That doesn’t mean problem gambling has been meaningfully addressed or the public’s perception of the industry has improved.

From off the record briefings to parliamentary reports funded by those opposed to FOBTs and now setting their sights on the online sector, the continuous drip of negative headlines has produced a toxic atmosphere.

BACTA, the trade body representing UK amusement arcades, has long been an opponent of FOBTs and operators like Hippodrome Casino played an integral role in supporting the All-Party Parliamentary Group’s (APPG) lobbying against the machines.

It was also one of the groups that funded the Gambling Related Harm APPG’s interim report published late last year that recommended reducing the maximum stakes for online slots to £2.

BACTA CEO John White told iGaming Business that it was wrong to assume his organisation was opposed to online operators, or that the report was the latest instalment in an ongoing propaganda battle against them.

“There will be topics on which we disagree and others on which we agree,” White said. “On FOBTs, we thought [the bookmakers] were wrong, but we’re not out there campaigning against online.”

But doesn’t BACTA support the GRH APPG’s conclusion on online stakes, which also criticises the Gambling Commission and calls for an “urgent root and branch review of the regulation of online gambling”?

“It’s a blurred distinction – we don’t support [all of] the report, we support some of its recommendations,” says White. “People misconstrue criticism as opposition. If I was speaking to the Betting and Gaming Council (BGC), I would be saying some things as a critical observer. I would also support some of the other ideas in the report and push the envelope even further in some cases.”

If White’s comments are surprising, there have been numerous tales of BACTA meetings where the talk was dominated by crowing over the FOBT stakes review and attacking the online sector. It is also contradicted by facts on the ground.

BACTA and the BGC (or its previous incarnation as the Remote Gambling Association and Association of British Bookmakers) have never carried out any joint projects centred on advancing responsible gambling or best practice throughout the gambling industry.

In response White says BACTA would be “willing to talk about anything to anyone” if the BGC approached his organisation about working in concert and presenting a united front. Up to now there has been little sign of it doing so.

Politics dominates
The BGC recently announced that Michael Dugher, the former Labour MP and Shadow Secretary of State for Culture, Media and Sport, would be its new chief executive, taking up his post in Spring 2020.

It did not comment when iGaming Business asked if having Dugher as its new CEO was a ‘political’ appointment. Nonetheless it does suggest the BGC will approach its work with the objective of winning influence, or at least having a stronger impact, among politicians and lawmakers, potentially even developing some political support. It also feels like a tacit admission that the sector’s approach to lobbying and campaigning, FOBTs being the prime example, had failed.

In terms of working with the likes of BACTA and whether it knows how to put an end to the shadow boxing that has been going on for many years, a spokesperson says: “The BGC will set the highest industry standards. It will raise standards and build public and institutional trust in the industry through its code of conduct and codes of practice designed to ensure enjoyable, fair and safe betting and gaming.

“We hope other sectors in the industry will join with us to achieve that.”

The intentions should of course be praised, but a stock response also suggests there is little communication between the trade groups; and even less likelihood of them working constructively in the future.

When it comes to promoting responsible gambling and the problems the sector has had in communicating its RG work and convincing newspapers or politicians to change how they perceive the industry, the spokesperson says: “The BGC has been established to bring all sectors of the industry together, from online, retail and casinos, to speak as one, and work as one.

“We want to ensure an enjoyable, fair and safe betting and gaming experience for all of our customers, and are working hard on engaging with all stakeholders, politicians, charities and customers to ensure that they are involved in what we are doing to raise standards.

“The BGC believes that its main objective is to deliver the commitments it has made to stakeholders and customers and those positive developments will speak for themselves.”

Beyond the corporate lingo, that final point must be the most important objective for the BGC. In practical terms its commitments (targets might be a more apt description) will be to influence politicians and legislators so that it can shape policy in a constructive way. It must somehow lessen the opposition and impact of the tactics from the likes of BACTA and even convince anti-gambling campaign groups that its policies benefit communities and keep any harm that might arise from problem gambling to a minimum.

Less PR, more consistency
Waugh says the gambling sector “should not have allowed things to reach this situation”. In his eyes, it’s time for deeds, not words.

And when it comes to lobbying and media campaigns, the industry should avoid doing too much PR. Instead it “should define a problem, set up a clear process for how to solve it and show that what it is doing is having an impact and can be trusted”.

Waugh adds that lobbying is a dangerous term: “[It] implies that you are trying to achieve something regardless of evidence. It sounds like trying to influence policymakers and carries the tone of undue influence,” he says.

“It is clear the Gambling Commission or civil servants at DCMS are some of the stakeholders the industry must work with to ensure it is well regulated, but it should aim for honest, scientific assessments of the facts and if a change in regulations is likely, it must be based on honest exchanges between the sector and policy makers. Gambling is not widely understood and problem gambling is particularly difficult, which is why engagement is critical.”

Operators will always have opponents and times when it is very difficult to ‘cut through’. Pledges, commitments or press conferences have minimal impact on opinion formers – the only way the sector will influence policymakers in a positive way is through engagement and consistent work that achieves demonstrable, evidence-based results.