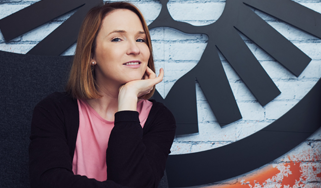 Which recent slots are performing particularly well for LeoVegas?

It might sound really boring, but the top slots are the same as they are across the market. The legendary Starburst is way ahead of all of the other games. It has always been in a different league because players have massive familiarity with it and it’s been promoted for years; it’s difficult for others to catch up.

Book of Dead from Play’n GO is also a super strong performer. I think the similarity to another very famous game from the land-based environment helps.

We’re seeing a bit of a shift in the supplier space with a lot of really high-quality games coming out of smaller studios. We can usually negotiate earlier, exclusive releases, which works very well for us, underpinned by the right marketing activity.

The recent release of Extra Chilli from Big Time Gaming is a good example of that. We released it with the support of gaming community Casino Grounds, with a player trying out the game during a live-streaming session with Kim from Letsgiveitaspin. The results from the launch make it a strong contender for the best game release of 2018, though it’s early days.

Big Time Gaming has been doing really well for us. Their other game, Bonanza, was one of the top titles in 2017. Its success might be somewhat driven by videos showing huge wins on these games. They give players something to strive for and create the desire to experience it for themselves. And its popularity isn’t surprising, given that it combines the best features of Bonanza and White Rabbit, both very strong performers

What variances are you seeing across your territories and in terms of gaming and sportsbook player bases?

What we increasingly see across all markets is that players are looking towards higher-volatility games. In the Nordics especially, we haven’t seen such a distinct preference for high volatility before. It was it was more about lower volatility, entertainment value and time on device. And it was the classic slots. The big NetEnt releases did particularly well at that time. But at the moment, because the Swedish slots market is maturing, they are looking for faster-paced game play, huge multipliers, changing win lines and anything that can add to the anticipation of the game. We are really looking forward to seeing this excitement.

A recent initiative by LeoVegas has been to work in collaboration with our game providers in developing bespoke and exclusive content for our players as a means of market differentiation. As a brand, we have quite a unique audience, who are mobile driven and seeking new and innovative game features. Working together with industry-leading developers has allowed us to create games that are tailored for our customers – Royal Family by Yggdrasil being the latest addition to the LeoVegas Originals portfolio, following NetEnt’s Witchcraft Academy and Swipe and Roll. We have seen these games perform exceptionally well, showcasing the benefits of working closely with our partners.

In a recent iGaming Tracker analysis, we found LeoVegas excluded the most games on their homepages from players who are not logged in. Why have you taken this further than your peers?

We take social responsibility and compliance matters very seriously across the organisation and that naturally applies to any device. We avoid using content in our marketing that may have a risk of appealing to children and under UKGC and CAP industry guidance from last year this requirement extends to onsite game tiles. We promptly removed any games we considered a risk.

Anything on the verge of cartoonish we wanted to double check. It’s quite tricky because these games tend to have high acquisition power with players, so removing them is a problem but compliance trumps everything else. We just have to do it.

It’s possible that we have removed more because we have more games; we have one of the largest portfolios online. But we want to avoid anything that would make the Gambling Commission lose trust in our brand. Regulators are doing more to explain the requirements fully to operators, which is helpful.

You take content from a huge variety of suppliers. What would you like to see them doing better?

The slots market is booming. There are so many exciting ideas and so much innovation around. More importantly, we’re finally seeing mobile optimisation across the vast majority of providers, with the availability of portrait mode, lighter games, faster load times and recognition that catering to mobile is the main channel of the future.

But there are areas in need of improvement. I can see a couple of suppliers trying to make too many games. At the moment the roadmaps are so crowded. We are not able to release this many games every month and we are definitely not able to give them all visibility, especially as a mobile brand.

Brand visibility on a mobile interface is probably nine to 10 games, so I would like to see suppliers making fewer games a year but putting even more innovation, thought and research into each.

Certain suppliers are also trying to kill two birds with one stone, with games that try to appeal to all markets at once. They are a mixture of mechanics and in the end they don’t appeal to anyone.

I would also like to see suppliers being a bit more agile and open to co-operation. When we are given the opportunity, we engage in exclusive collaborations on product developments such as in-game deposits on mobile or new promo tools. For providers the results are fantastic but success relies on being able to reach them and their responsiveness.

Collaboration between suppliers on compliance would also be helpful. I understand they are very competitive with each other and they don’t want to reveal too much, but where operators deal with multiple providers they are in a difficult position.

Last year there was a requirement from UKGC for every operator to implement reality check. For a long time there was a lack of understanding on the split of responsibility between operator and provider; they were all coming back with different solutions and different implementations, which caused chaos for us. If we were to pursue all of these, we would spend months in development.

The upcoming requirements to split bonus and real-money balances need to be implemented by providers because these are to be shown in the game interface. It would be great if they got together to ensure that this was always going to be displayed to players in the same way. The background to this requirement is the need to give players transparency and make the use of bonus and real funds more explicit and more intuitive. If providers all develop different interfaces, it’s not going to do anyone any favours. Lack of consistency in the UX presentation of these balances between games will hinder operators in achieving that goal.

What are the primary KPIs for deciding a game’s position on your casino home pages, and how are they evolving with the availability of more data?

It’s purely performance driven. We have a certain internally developed formula that takes into consideration turnover, active players and so on, and we put the games in position based on how well they perform within a specific market. But we are working towards implementing more AI into these formulas to make content even more relevant to players on an individual level.

With new content we look at how games from that provider have performed previously, or how similar games with similar mechanics performed with us. We use an in-house game-scoring tool that lets us gauge the potential of the game to deliver great results, the suitability of the game for mobile and so on. We consider how the themes are suited for the marketing and mobilisation of the games, as well as loading time and different features in the game that make it easy for mobile users. After game quality, innovation is what drives the highest scores for us.