With slots such as Starburst and Rainbow Riches still omnipresent across casino main pages worldwide many years after launch, iGaming Tracker’s Ken Muir assesses the reliance of the big providers on these titles 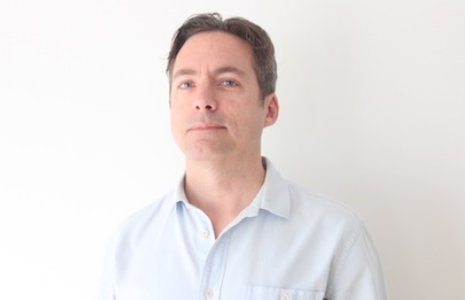 With titles such as Starburst and Rainbow Riches still omnipresent across casino sites worldwide many years after launch, iGaming Tracker’s Ken Muir digs into the data to find out how the big providers rely on a few established titles

Most slots churn fast from operator homepages, prominent for just a few weeks before fading in popularity. Some games however stick’ on main casino homepages and retain their strong presence on sites worldwide.

All major providers boast these types of games in their portfolio, which endure in popularity and on casino homepages for years. But how much do suppliers rely on a small number of these well-established games?

To be clear, the analysis will only include content present on casino pages over time, and does not quantify the traffic to those sites or revenue. However, from this content share, it’s fair to assume that the revenue generated from these games broadly correlates.

Turning first to NetEnt, the table below shows the position of over 150 of NetEnt’s games on the main pages of 262 sites from 1 March to 14 May 2018. The darker the shade of green, the newer the title. As you can see, the share of content is dominated by a few major titles.

What is perhaps more remarkable is the mix of newly launched games and old games. Many of the new games have a large content share. However, most of the big games are still the ‘Golden Oldies’. This pattern is not unique to NetEnt.

SG Digital’s No 1 game, Rainbow Riches, accounts for 7% of their content share on the main pages. Their share is more distributed than NetEnt. However, similar to NetEnt, the majority of the big games are at least a year old. New games such as King Kong Fury have a large share. However it is likely that this will decline over the coming months, being replaced by more new game releases.

But does this pattern vary across different countries and regions? We drilled down into the supplier data to see if countries had a contrasting mix of established vs. newer releases. The table below compares NetEnt content in a highly regulated market, Italy, with a very competitive dot.com grey market, Sweden.

As you can see from the heatmaps (again, the darker the shade, the newer the title) game distribution is far more even in the regulated market of Italy compared to Sweden.

This would suggest that less open and competitive dot.country markets have less reliance on new game content and thus the share of new game releases is smaller.

To conclude, the data illustrates the reliance by big suppliers on a relatively small amount of slot titles. In the main these popular titles are well entrenched. Whilst new game releases do have an initial impact, they tend to fade after a few weeks.

This is an extract from this month’s iGaming Tracker analysis available as part of the iGB Intelligence Centre. You can request a free trial here

iGaming Tracker – how it works

iGaming Tracker tracks hundreds of casino sites worldwide every day. From this data it can ascertain which games are on which sites and where they are positioned on the pages. It can also measure the market share of casino games suppliers by percentage of “real estate” on casino sites at any given date.