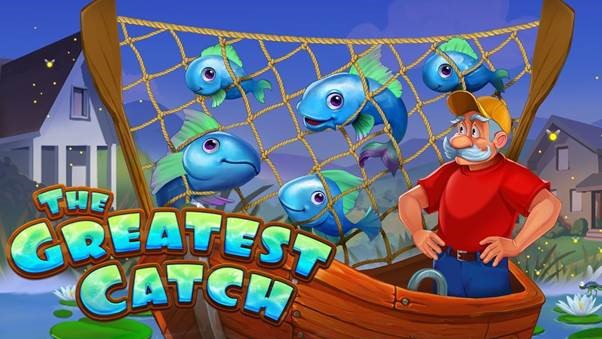 Game development studio Evoplay has announced the launch of its latest slot, The Greatest Catch, which follows the footsteps of an elderly fisherman named Harry as he scours the pond for big wins.

The fishing veteran spends most of his time snoring away in his wooden boat, surrounded by water lilies and the croaking of frogs. Occasionally, Harry will hook himself an impressive catch, relying on the assistance of players to help reel it in.

Elevating the fishing experience, the aquatic title features scatter, wild and fish symbols, increasing the excitement by providing players with opportunities to increase their winnings by up to x10,000.

The game’s wild substitutes for all symbols and during the thrilling free spins mode, it can appear on any reel. Each wild symbol activates one buoy as a part of a progress bar, with every fourth buoy awarding an additional 10 free spins.

During the free spins round, if there are wild and fish symbols on the grid a sensational fishing feature is triggered. Here, each wild symbol collects all values from the fish symbols, adding the final value to regular winning combinations from the round.

To further enhance the gameplay, a dynamite feature is triggered after any losing spin when at least one wild symbol remains in the absence of fish symbols, causing up to six regular symbols to be replaced with fish symbols.

Commenting on the launch, Ivan Kravchuk, CEO at Evoplay, said: “We are so thrilled with how The Greatest Catch’s narrative has been brought to life, with the old fisherman Harry rightfully taking centre stage.

“Thanks to the inclusion of an array of symbols and unique features, the gameplay is both unpredictable and filled with incredible opportunities to land wins, and we expect it to be received well by our customers.” The Greatest Catch is powered by Evoplay’s world-class game engine, Spinential, which produces 10x faster load-times, an enhanced UI, autospin feature and game history mobile bar, allowing players to track their success