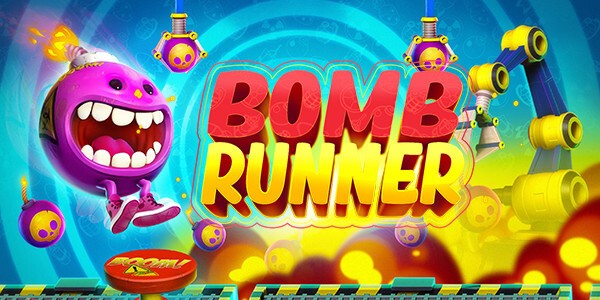 The 6×5 slot features a vivid design with a fast pace that captivates players as they progress through the exhilarating title. This eye-catching aesthetic results in a highly immersive gaming experience, boosting engagement and retention figures.

Wild symbols appear as Bombs, with 9 symbols capable of dropping during each spin. These essential Bomb symbols stick to the reels and kick-start a breathtaking countdown, providing players with an exciting feature to look forward to.

Each countdown is random, and once it ends, the Bomb will explode and burst out a number of Wilds and other adjacent symbols, giving players a pleasant surprise. This mesmerising feature guarantees bigger wins and round-the-clock entertainment, making Bomb Runner a must play for all slots lovers.

Commenting on the release, Toni Karapetrov, head of corporate communications at Habanero, said: “We’re pleased to announce the release of Bomb Runner, a fast-paced slot that provides a stunning experience and an array of bright colours that grips anyone who plays it.

“We’re confident that the new title will resonate with our fans, with the pulsating Bomb symbol delivering an exciting prospect and larger potential wins.”

Following a hugely impressive 2021, Habanero has continued to strengthen its leading position as a tier-one supplier by securing notable deals with the likes of 888Casino, Codere, Betway and LeoVegas.