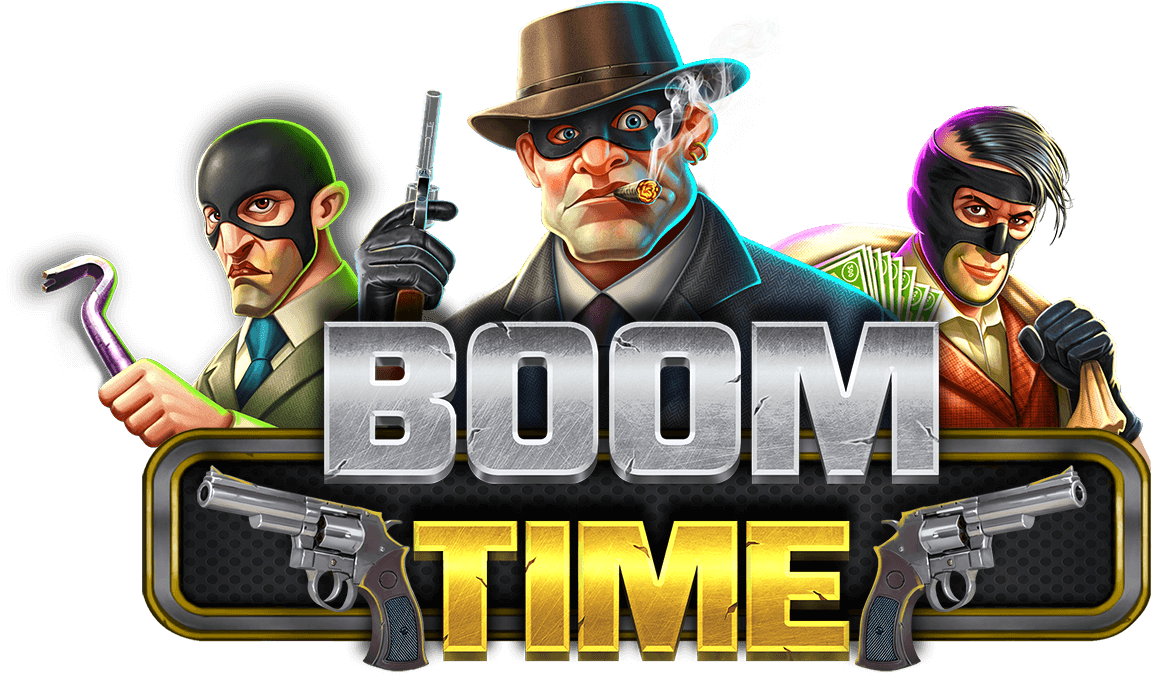 Medium-high volatility slot offers an alternative reel layout and comes packed with an explosive array of wilds.
Boom Time is a classic heist caper that challenges players to blow open the bank’s safe with the help of a trio of dastardly robbers. To do that, you’ll need all the grenade and TNT wilds you can muster. Let’s just say this game is pure dynamite.
Iron Dog Studio is one of 1X2 Network’s in-house production studios. The developer has been turning industry heads over the past few years with a string of compelling releases that push the boundaries of design, mechanics and gameplay.
Boom Time is no exception. As well as an alternative reel layout, the game offers a dynamic free-spins progression system known as the tumble trail. During free spins, each consecutive tumble moves the player along the progression bar, awarding multiplier increases and additional free spins as it goes.
Land a sticky wild dynamite symbol at the end of the tumble and it will explode along two to five of the centre reels.
Progress fully along the counter and it’s Boom Time! The reels fill with gold bars, each containing a multiplier and will contribute to the final payout.
Alex Ratcliffe, chief product officer at 1X2 Network, said: “Boom Time is a game that comes with bags of personality and quite a lot of volatile explosive devices too. There are some really clever mechanics on display here, but at the same time it’s an easy game to play, with a simple learning curve. But most of all it’s masses of fun, because creating explosively engaging gaming experiences is what Iron Dog Studios excels at.”