The Czech Republic’s regulated igaming market has not had the response the authorities were hoping for, the country’s regulator has told iGaming Business. 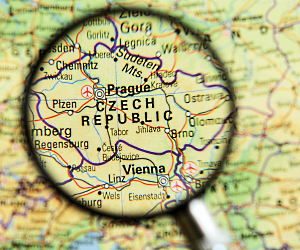 The Czech Republic’s regulated igaming market has not had the response the authorities were hoping for, the country’s regulator has told iGaming Business in a market analysis looking at how the sector has fared since regulation at the start of the year.

So far PokerStars is the only foreign-owned site operating in the market, with others such as PartyPoker recently pulling out of the licensing process or William Hill simply withdrawing from the market rather that obtaining a licence.

The reasons for the Czech Republic’s sluggishness as a regulated market are a mixture of high taxes, bureaucracy and lengthy administrative processes, such as the physical verification of players’ identities required of those opening up online accounts.

Tax levels are always a recurring theme in any newly-regulated market and in the Czech Republic the same tax rates apply to online operators as land-based businesses.

For the full comments and analysis from the Czech Ministry of Finance, PokerStars and Per Widerstrom, chief executive of Fortuna Entertainment, read the iGB News Analysis article (paywall)

Tereza Cejpova, head of the legal and methodology unit at the State Oversight Over Gambling Department of the Ministry of Finance, told iGaming Business: “Usually the foreign applicants have two main issues. The first of them is the face-to-face verification as a primary verification principle and the other one is that our procedures are formal and time consuming.”

Eric Hollreiser, vice president of corporate communications for PokerStars, added that the physical (face-to-face) verification required within 72 hours of a player signing up was one of the biggest hurdles facing the igaming sector there, especially as online firms don’t have a physical presence.

“There are ways around a lack of local presence, for example, players can register at banks, notary offices or Czech Points, local administration points found in places such as town halls, but in practice it can prove prohibitive for players to sign up. The face-to-face verification at the 7,500 Czech Points doesn’t always work as it should and isn’t a process required in other jurisdictions.”

The games that can be licensed also have to fall into very specific categories which can prove hard for operators and random elements cannot form part of games, which can be highly restrictive.

The Ministry of Finance said around 10 foreign operators were currently applying for licences and asked for patience as the legislation includes a review clause two years after coming into force, although the igaming sector will be hoping a reassessment of the regulation can be brought forward.

For more comments and analysis from the Czech Ministry of Finance, PokerStars and Per Widerstrom, chief executive of Czech gaming group Fortuna Entertainment, read the iGB News Analysis article (paywall).