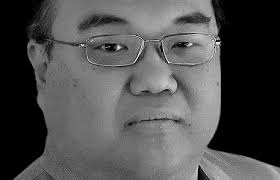 The fascinating thing about the intersection of the two gaming industries is that some see it as a natural fit while some would prefer it to be like oil and water. But, like oil and water, the real magic happens when they mix, and some have found the secret of emulsification to reap the benefits of the combination, while others are left just shaking the bottle and wondering what went wrong.

While it may come as no consolation, troublesome intersections with esports aren’t unique to our gaming industry. It is one that challenges many other industries, and even those within the esports industry itself, like game developers and publishers — the same people that provide one of the ingredients that make esports possible in the first place!

In the absence of great success, we could simply say that the business of esports isn’t ready to work within the boundaries of other mainstream businesses, but great successes exist.

Fluke? The repeatability of successful endeavours would shoot that one down and those are starting to rise in numbers.

So why is the business of esports so elusive?
Perhaps the mythology of Worcestershire sauce can help to shed some light to this conundrum.

As the story is told, Lord Marcus Sandys encountered a sauce in India while with the East India Company and hired the partnership of John Wheely Lea and William Perrins of Worcester to replicate it. Analysing the sauce in question, Lea and

Perrins recombined the discovered ingredients only to produce a result that was too strong and horrible tasting, resulting in the failure of the endeavor. It was not till several years later, in a repeated attempt, that Lea and Perrins discovered that their old stock, which was stored and left to ferment, had mellowed and now tastes as intended.

Now, before anyone jumps to the point that this illustrates esports simply isn’t ready but needs more time to “ferment,” let me toss in one more tale of a now very successful cheesemaking friend’s first failed attempt at making cheese by using pasteurised milk from a carton. We know that cheese comes from milk but that’s not the end of it. The key lies in the bacteria and fat in the milk that can be drastically different if you get your milk from a carton as opposed to a cow.

To excerpt a Donald Rumsfeld statement, “the ones we don't know we don't know…tend to be the difficult ones.”

The unknown ingredients, be they time or bacteria and fat, are the nuances that present barriers to successful execution, and esports is chock-full of nuances

That brings us to Otaku.

Otaku is a Japanese term that is now modernly used to describe fanatics, and while its contemporary use began as one used to label fans of anime and manga, it now extends to encompass many different types of fandom, many relating to technology, like cars, gadgets, and games.

But to understand the reason why I see Otaku as perhaps the perfect term for this challenge of esports, we need to reveal the etymology of the word.

Today, Otaku when written, is popularly done in hiragana, おたく, which is simply phonetic for “oh ta ku.” Going back to the origin of the term in Kanji, Otaku is お宅, and that comes from the term to describe another person’s home or family, as taku is a noun for house or home. With this understanding, the depth of the term Otaku becomes much deeper in its application, bringing in dimensions of honor, loyalty, value, and opacity — we never truly know what happens in another’s home.

To make things even more complicated, esports isn’t just one single Otaku camp, but many different taku“s,” each with its own dimensions of honor, loyalty, value, and opacity. That is one of the reasons why even game developers and publishers don’t always get it right.

So where’s the key?
To borrow an old Masonic campaign slogan, one approach is simply “know one to be one.”

Unfortunately, that isn’t always as simple as it seems. The tricky part is finding out who is really one—there are no membership credentials for an Otaku, and in today’s world of outsourced gaming, even someone with a great score record may be a poser.

To make matters worse, like in many technology-related fields, there’s always that guy who knows a guy that’s really good with that thing, but what does that really mean, especially when you’re not good at that thing.

For those of you who were around when the Internet became the World Wide Web, you’ve probably heard about that guy you should hire to design your website because he’s great with computers. How did that go?

Today, almost everybody plays some game, be it on their phone, on a console, or on a computer, and that makes it that much harder to separate the gamers from the real gamers. Add in the fact that even some real gamers don’t know how or why they’re doing it; basically it takes more than just finding a real gamer to tell you what you need to do.

When you do find your perfect esports expert, it is equally important that they have the necessary support, be it managerial or vision — the best car on the track doesn’t automatically place first—to make success happen.

Fortunately, this really isn’t new to the world of business. Every product, method, industry, was new at one time or another, and often the one that brings the company or industry to the next level isn’t the inventor or specialist, but the leader that possesses both a vision and an ability to execute, but most of all, know when to stay out of the way.

Look at Thomas Edison. While he’s credited with many inventions, he really didn’t invent anything by himself, and to be a harsh critic, he may not have invented anything period. Like Elon Musk today, Thomas Edison made his fortune on the backs of the work of many smart people that were at the top of their fields.

What’s more important is that they’ve very wisely invested in those smart people and their culture to their benefit, and the benefit of society through the innovations and products they’ve brought to market, and through that, made them very rich and very famous.

Where both have stumbled is when they trip themselves up on those occasions when they get too arrogant for their own good, forgetting that the science and field-knowledge were never their strong suit. Edison had his DC-is-better-than-AC moment, and Musk, well, I’ve lost count with him — vision doesn’t trump knowledge.

When Steve Jobs finally figured out how to stay out of his own way, he set Apple on a course to become one of the world’s most valuable companies with an almost $2tn market cap – and to think that when he returned to Apple in the late 1990s, the company was almost at the end of its rope and worthless.

In the gaming business, there’s perhaps no better example of successful esports execution in gambling than Pinnacle, but it isn’t just because there are a bunch of gamers there. Don’t be surprised if you find out your organization has some hardcore gamers too — I’m sure a large part of it is having the leadership to steer the team with a balance on when to obstruct and when to stay out of the way.

At the end of the day, I often find that the greatest obstacles that companies encounter when they are exploring new territories are themselves — be it dogma or management limitations — the man in the mirror is the hardest enemy to defeat.

Another troublesome element are those exercises in hypotheticals. In any hypothetical scenario, the simulation is only as accurate as the assumptions, and technology segments often move so fast and evolve so rapidly that assumptions are often outdated when they’re used.

Finally, I’ll toss in dogfooding. If you’re not familiar with the term, dogfooding is the practice of using your own product with the goal being that it helps in perfecting the product in various ways. It's on this list because it’s one of those things that if not done right, can cause more harm than good.

Ultimately, esports, like many technologically fueled industries that came before it, isn’t unique. The people who run it, play in it, watch it, are human, and while being Otaku may place them on the fringes, they’re still human. We just have to not fall into the trap of believing that different rules apply when it comes to the human element; unless it does.

To close, I leave you with the entirety of the Rumsfeld statement; it may tie some knots in your head with the way he said it, but there is wisdom hidden within that applies to moving into unknown territories to be a market leader.

“Reports that say that something hasn't happened are always interesting to me, because as we know, there are known knowns; there are things we know we know. We also know there are known unknowns; that is to say we know there are some things we do not know. But there are also unknown unknowns — the ones we don't know we don't know. And if one looks throughout the history of our country and other free countries, it is the latter category that tend to be the difficult ones.”