Italy's online casino market had its second-best month ever, but a decline in sports betting activity meant that overall online revenue fell significantly from the highs of the previous three months. 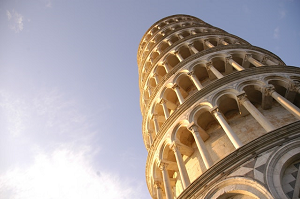 Casino was the star performer for the market last month, with the total revenue figure of €158.7m having been bettered only once before, when GGR reached €162.9m in December last year.

The impressive performance of casino saw its share of the online market rebound strongly, reaching 50.31% last month after having fallen to 40.71% in February.

While there was no change in the rankings of the top five operators, all five – PokerStars, Sisal, Lottomatica, Snai and 888, in order of ranking – experienced slight declines in their market shares last month.

Most of the other companies that make up the top 20 online casino operators saw small rises in their shares, however, suggesting the market’s smaller players may have benefited more from the increase in casino activity than its larger ones.

After a record-breaking month in February, online sports betting activity dropped off significantly last month. Total GGR for March was €132.32m, down 28.7% on a month-on-month basis but up 168% on last March.

Retail takings remained absent due to the closure of land-based venues and it is unlikely April’s figures will show much improvement given the government only began to ease lockdown measures in the last week of the month.

Despite the lack of retail activity, those bookies with a strong retail presence have held on to or even improved their positions in the ranking of the country’s top sports betting operators by revenues.