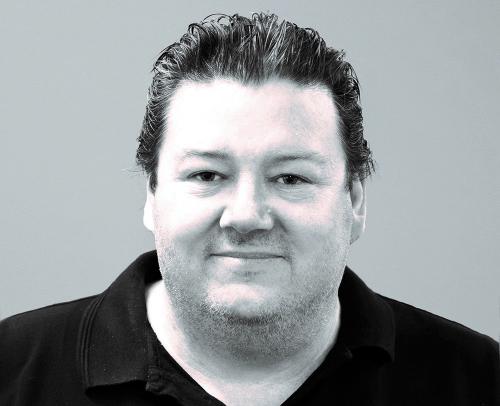 Those who’ve been in the industry awhile could be forgiven for experiencing a sense of déjà vu when it was announced that GVC was acquiring Australian bookmaker Neds from former Ladbrokes Australia CEO Dean Shannon late last year.

The sense that we’d been here before was heightened further when the company said Shannon would be taking over as CEO of Australian operations in September this year.

The turn of events was something of a rerun of Ladbrokes’ entry into the Australian market back in 2013. The company had launched its business Down Under after acquiring Shannon’s sportsbook bookmaker.com.au, appointing him as CEO at the same time.

The only difference this time around was that Shannon didn’t immediately take on the CEO post at the time of the sale.

Having previously expressed a desire to expand Neds internationally and dismissed out of hand the idea of selling the company, the news of the sale came as something of a surprise. Shannon says the many headwinds facing the Australian market were one reason for his change of heart.

“Scale was becoming more and more important and when the opportunity arose to sell Neds it just seemed like the sensible thing to do at the time. It was certainly a good business on the way up and a company like GVC and Ladbrokes Australia could absorb that business quite well and realise synergies quite quickly.”

At the time of announcing the acquisition of Neds, GVC said the move would achieve synergies of about AU$16m, and also create one of the largest three businesses in the market.

Shortly after the acquisition, the company said its other Australian sites would be migrated onto the Neds platform, a task that has now been completed.

Having scaled back his commitment to two days a month post sale, one gets the sense Shannon may have been missing the industry when the CEO role came up. “When the opportunity came back around and Jason [Scott, former GVC Australia CEO] decided he wanted to go on and do some other things, I had some discussions with GVC and it got me really excited again.

Tough times Down Under
The challenges facing Australian bookies are certainly not to be underestimated. The majority of states have now brought in point of consumption (PoC) taxes, and we’ve also seen the introduction of the National Consumer Protection Framework, the biggest impact of which has been that bookmakers can no longer offer customers incentives to join up.

Shannon says the tax and regulatory changes have left bookies having to reinvent themselves, although he says there are some silver linings on the bonus front. “It’s a level playing field for everybody and it certainly doesn’t change consumers’ desire to have a bet. If anything it has probably carved out a bit of the bonus abuse element.”

He’s less able to find the positives in the PoC taxes that have gradually been rolled out across the country since South Australia introduced one in mid-2017.

“I feel it is a very unnecessary tax and throughout the recent Spring Carnival some of the racing clubs have been quite vocal about the effects on turnover on a year-on-year basis, and I think that is a direct result of the point of consumption tax.”

Although PoC taxes apply to all sports, because racing also attracts product fees, the impact has been greater.

This could prompt a rethink among politicians, hopes Shannon. “To be frank, I think the first state treasurer that decides that it’s an unnecessary tax, that state will have a significant win in terms of racing because the corporate bookmakers will support that state a lot more and it could actually turn around the fortunes of some of the states that are underperforming.”

Victoria, one of Australia’s main racing states, has committed to reviewing its PoC tax within 18 months of implementation, which was in January of 2019.

Shannon says he’s “hopeful” there could be a change, although at this point it has to be said that all signs are pointing in the opposite direction – Tasmania had been one of the only states not to bring in a PoC tax but earlier this year announced plans to introduce one from January 2020.

Business as usual
In the meantime, Shannon says the bookies have to make do with the setup as it is. “As bookmakers we have got a couple of levers to pull because we need to return to our shareholders. To try and maintain profits we can increase our margins, which means ultimately that the clients lose money quicker, or we can reduce the advertising, which in turn has a flow-on effect and reduces turnover.”

He says the company will focus heavily on product improvements going forward as he sees that as having been one of the company’s strengths so far. “We will concentrate on building the right product and servicing clients that way, as well as trying to differentiate in the market by introducing a few innovative things, as well as good features.”

Admittedly, it is difficult to be innovative in a market where in-play is banned, as are the casino and poker verticals, however, the government’s recent move to instruct ISPs to start blocking illegal gambling sites should drive some of the punters who’ve continued to bet offshore back onshore.

“I’m not exactly sure how much is likely to flow back to the Australian bookmakers, but it is definitely a positive step and shows the government is standing behind the industry in some respects,” says Shannon.

There are also opportunities to expand the sports offerings, with Australians increasingly interested in American sports. “The turnover on American sports is very close to our major sports of AFL [Australian Football League] and NRL [National Rugby League] now,” he says. “It has really grown over the last few years, particularly among the younger demographics.

“The fact that we’ve had some Australian players do really well in the NBA teams over there does connect us a little bit more with the sport and it certainly has lifted its profile and the interest in Australia.”

Shannon also says responsible gambling is high on the agenda for 2020. As is the case in the UK, problem gambling is attracting increased attention Down Under. As well as the introduction of the consumer protection framework, there have also been changes to advertising rules and a ban on credit betting was put in place in early 2018.

In recent times, the country’s banks have also started to introduce measures to prevent problem gambling. In July Macquarie Bank started blocking gambling transactions on its credit cards. Other banks are offering customers to option to restrict gambling purchases, with some also restricting gambling purchases when customers are within 15% of their credit limit.

Given all this, Shannon says the company is looking to take a more “proactive” approach to the issue. “We do quite a good job now in terms of our communication to our clients in relation to RG but we want to, as an organisation, take it to the next level,” he explains. “We’d like to be seen to be leading the way in terms of RG in the Australian market by the end of 2020.”

Rise to the top
By focusing on all the tools at his disposal, Shannon is optimistic GVC is in a strong position to continue growing its market share Down Under.

In its annual report, which included Neds only from the acquisition date of 28 November 2018, GVC noted it had gained market share in Australia during 2018, with net gaming revenue growth of 17% last year.

This is impressive when set against the performance of other operators in Australia. Tabcorp, for example, reported a pro-forma revenue drop of 3.6% year-on-year in its wagering division in its results for the year ending June 2019.

A number of European operators have struggled in the Australian market, with William Hill exiting the country in 2018 after suffering heavy losses and writing down the value of its business the previous year.

In fact, Ladbrokes itself was described by analysts as “late to the party” when it launched in Australia in 2013. Its strong performance has therefore surprised many, however, Shannon says the success of GVC, along with rival Flutter Entertainment via its Sportsbet brand, is largely down to both groups getting in place the right local teams.

“To be successful in any international  business you have got to make sure that you have the right local people to be able to drive that business.”

The absence of such an approach, he says, is perhaps behind other European operators, bet365 for example, failing to gain traction. “Bet365 seems to be just treading water in the Australian market. It hasn’t really moved the dial since it’s been in the market.”

In any case, given the challenging conditions in the market, it’s unlikely we’ll see further European entrants. Shannon is doubtful the market is conducive to new entrants at all, citing the high barriers to entry. “The market is very well serviced now. I think it would be difficult for operators to come into the market and get a decent foothold now.”

When asked if perhaps he might not just be biding his time and himself be planning on starting up yet another company and selling it to GVC, he laughs.

“I’m enjoying actually having the freedom of thought. I’m at my best when I can think about products and operations and don’t really have to worry about the overall capital management of the business.

“I am quite happy and I am enjoying my time working with the guys at GVC. They are a good group to work with, they just let you crack on with it and get the job done and I really like their no-nonsense attitude towards business. I certainly don’t have any desire to go and start another wagering business, that’s for sure.”

While he may not currently fancy his chances of starting a business from scratch again in Australia, Shannon remains firmly bullish on the market more generally.

“It’s still a very buoyant gambling market and it is still a big contributor to our overall GDP. I think it is an industry that will always come under the microscope for various reasons, but it is still part of the fabric of our Australian culture and I think that that really underpins our faith in the market down here.”