US state launched its regulated market on August 1 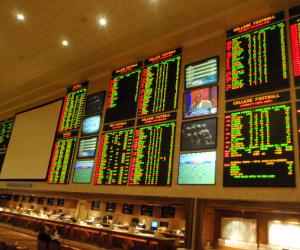 Licensed operators in Mississippi took a total of $6.3m (£4.8m/€5.4m) in sports bets during the first full month of regulation, but this figure is set to increase considerably as more companies launch in the US state.

Baseball proved to be the most popular sport, attracting $3.3m in bets in August, while punters wagered $1.4m on parlay betting and $1.3m on American football.

Mississippi went live with a legalised market on August 1 and the first month of regulation in the state saw a number of companies roll out sports betting.

Caesars Entertainment, in partnership with Scientific Games, along with MGM and Churchill Downs were among those to take bets in August.

However, MGM was the only company to be live on day one, with others not launching until later in the month, skewering the total revenue figures for August.

SBTech did not launch in Mississippi until early September while William Hill, which obtained a licence in the state last month, recently announced a link-up with Eldorado that will cover 11 states, including Mississippi.

In addition, International Game Technology last week joined forces with the Mississippi Band of Choctaw Indians in a move that will see it launch sports betting at the Pearl River Resorts' Golden Moon Hotel & Casino and Silver Star Hotel & Casino in Choctaw, as well as the Bok Homa Casino in Sandersville.

Mississippi was some way behind New Jersey – which has also moved to legalise sports betting since the withdrawal of PASPA – in its first month.

However, Mississippi was at a disadvantage due to the fact that fewer operators were live in month one and, unlike New Jersey, it does not currently offer online or mobile sports betting.

New Jersey operators took $40.6m in sports wagers in July and this figure rose to $95.6m in the second month, which included additional revenue from online and mobile.

Mississippi Gaming Commission executive director Allen Godfrey also told Legal Sports Report that had the period been extended to September 3, the figure would have stood at $9.8m. These extra days included the start of the college American football season.