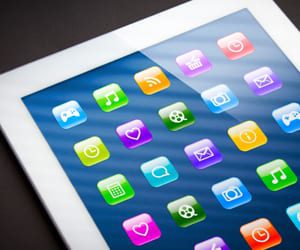 DoubleDown Interactive contributed KRW107.7bn of the total, an 18.7% improvement from the first quarter of 2020. This broke down to KRW104.0bn from its flagship product, DoubleDown Casino, with KRW2.9bn coming from DoubleDown Fort Knox, and KRW0.6bn from DoubleDown Classic.

The operator announced in March that it was to resurrect plans to list DoubleDown on New York’s Nasdaq exchange. It had previously planned to spin off the business, which was acquired from International Game Technology in 2017, last year.

However those plans were later shelved, with DoubleU claiming that the novel coronavirus (Covid-19) pandemic had dampened investor enthusiasm for the float. It has now filed its 20-F registration form, which is to be reviewed by the Securities and Exchange Commission.

Once the securities regulator has approved its registration, DoubleU will determine a timescale and pricing for the public offering.

Turning to operating costs, total outgoings for the quarter grew 14.7% to KRW113.6bn. Platform fees to the likes of Apple and Facebook were the largest expense at KRW48.9bn, or 29.8% of revenue, while marketing costs jumped 38.8% to KRW30.4bn.

Personnel costs grew only marginally, to KRW16.3bn, while royalty payments (KRW3.4bn) and other expenses (KRW4.5bn) both declined. This left earnings before interest, tax, depreciation and amortisation of KRW60.5bn, up 21.5% year-on-year.

Once depreciation and amortisation charges of KRW10.1bn were factored in, DoubleU’s operating profit was up 31.0% at KRW50.3bn.