Flutter’s combination with Stars Group is the latest large-scale transaction to grab the headlines but what is the impact of these mega deals on the myriad B2B suppliers to these operators? Scott Longley investigates 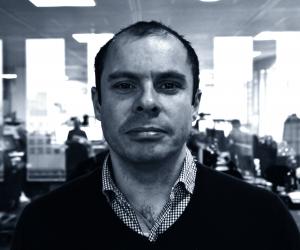 Flutter’s combination with Stars Group is the latest large-scale transaction to grab the headlines but what is the impact of these mega deals on the myriad B2B suppliers to these operators? Scott Longley investigates

When Flutter Entertainment got the nod in early May to dot the i’s and cross the t’s on merger with the Stars Group, it set the seal on the largest deal of its kind in online gambling and heralded what might yet be seen as an era of global gaming mega M&A.

As with the formation of new giant stars in embryonic solar systems, the emergence of a super-giant within the online gaming sector will have an effect on every corner of ecosystem.

Nowhere will this be more in evidence than on the B2B side. Any merger quite clearly involves the suppliers, whether that is direct product specialists or ancillary areas such as payments.

Cost synergies are never far from the top of the list of aims for any business combination and while much of this will be achieved via internal measures, attention will inevitably also fall on how the list of suppliers across the newly combined business can be rationalised.

Such at least is the theory. “A lot of the motivation for these operator M&A deals is to reduce costs,” says Tony Evans, vice president of product strategy at Playtech. The response to that, he adds, “is to understand that and have a view on the problems of the customers.”

To the larger suppliers, such as Playtech, even such all-encompassing deals as Flutter/Stars won’t be their first time at the rodeo. “With M&A it is rarely the case that we are surprised by anything involved in any individual deal,” says Evans.

“There will be bespoke requirements all the time but when you have so many partners as Playtech does, and big partners at that, even where we are not the core payment or platform, there shouldn’t be anything we haven’t encountered in some form before.”

This is aided by having so many products and services under one roof. As David McLeish, partner at Wiggin, says the strategy among providers has been to embed themselves across the full waterfront. “The aim (of the B2B suppliers) is to try and grab more market share and not lose any,” he says.

Exclusivity is increasingly a thing of the past and even minimum guarantees have less of a place particularly when such large deals are the subject of discussion. Instead, the discussion will be more about a push from the newly augmented operator’s potential pricing pressure.

The other side of the coin here, though, is that the bigger an operator becomes, the more it can exert pricing pressure. “The acquirer will often have better pricing that the acquired company,” says McLeish. “Bigger fish would have had more leverage and the buyout gives them even more.”

“In every operator combination, the protagonists will have a significant overlap of content, data, and payment providers,” adds David Shapton, partner and head of M&A at Akur Capital.

“As M&A advisers, we factor this into our advice as to the valuation and rationale for the deal. M&A participants’ senior management will identify which operator has the superior commercial terms and instruct their product managers to insist that providers deliver to the enlarged group the best of these (or even better) terms post-deal.

Stable infrastructure
Any merger will leave it its wake a long operational to-do list, the nuts and bolts of putting together two organisations or what is termed the execution of the deal, and in one sense the large suppliers will in effect be the point of business continuity.

“We’re partners with a lot of these firms, and having a stable suite of products that perform is relied upon and is important for them,” says Evans.

“Our growth is driven by being able to migrate effectively plus we are always evolving our solutions. That is every more important as the market congests. Over the last 18 months we have split more of our services to develop that and have modularised our product.”

As Simon French, partner at Bixteth Partners and ex-city analyst, point out businesses such as Playtech are looking now more like software-as-a-service or SAAS companies.

“You can compartmentalise the B2B business,” he says. “It’s a pick-and-mix model and with each new client there will be a high rate if drop through from revenue to profit.”

This fits with a point made by Shapton. “When it comes to platform suppliers, it’s clear to us that the assumption that there can only be one winner post-merger is a false one,” he says.

Operators will instead take more of a “pick-and-mix approach”, partly because the previous model of one-size-fits-all doesn’t fit the patchwork quilt of regulation globally and also to reduce reliance on one provider.

Follow that trend
Yet for all that the M&A on the consumer-facing side is likely to transform the sector in ways as yet unseen, it is unlikely that in and of itself it will be the driver for further activity on the B2B side.

While there will undoubtedly be more deals on the supply side, Shapton suggests operator M&A is not a “significant catalyst.” “Other factors are more relevant,” he says.

These include the ability to drive higher profits through scale and cost-efficiencies, the broadening of the product set and the acquisition of new customers in new markets.

Evans agrees and says that M&A on B2B is a “different beast” to that on the B2C side. “The big mergers are such that, it is all about driving that additional revenue whereas for us there are lots of opportunities in new markets and new regions,” he says.

“I think that each new opportunity, each new market, is better for the suppliers, sometimes, than it can be for the operators.”