British gambling operators and trade bodies have warned of the “dangers of complacency” in the wake of a new report claiming the number of British players gambling with illegal websites more than doubled in 2020. 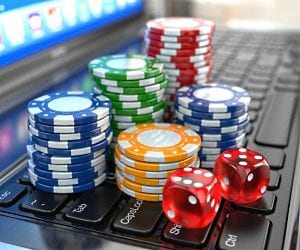 The ‘Review of unlicensed online gambling in the UK’ was commissioned by industry association the Betting and Gaming Council (BGC). It was compiled by PWC, using data collected during November and December 2020.

Key findings in the report included a significant rise in the number of British consumers using an unlicensed betting websites. This grew from 210,000 in a study commissioned by GVC Holdings (now Entain) and William Hill in 2019, to 460,000 in 2020.

The growth came despite the number of unlicensed sites listed in Google search results falling from 12% in 2019, to 5% last year.

In response to the findings, BGC chief executive Michael Dugher said: “This new report by PWC is an impressive and comprehensive piece of work which demonstrates how the unsafe, unregulated black market is a growing threat to British punters.

“These illicit sites have none of the regulated sector’s consumer protections in place, such as strict ID and age verification checks, safer gambling messages and the ability to set deposit limits.”

Dugher urged the British government to take the report into account as part of its Gambling Act Review. The wide-ranging review of Britain’s gambling laws is aiming to ensure they are fit for the digital age.

The Gambling Commission in November launched a new consultation seeking feedback on its plans to introduce requirements to act on the information they have about a consumer’s potential vulnerability.

However, the BGC raised concerns over the plans, saying affordability checks risk forcing ordinary punters towards the black market, should these checks on their income prove too intrusive and onerous.

“It is important to stress that the big increase in the black market is not an argument against more changes to the regulated industry, but an argument that we need to get them right,” Dugher said.

“I know this evidence is inconvenient to those who seek to dismiss and play down the threat of the black market, but there is a real danger of complacency.

“The UK risks sleepwalking into changes where the main beneficiary is the unlicensed black market. We all have an interest in getting future changes right, so must take heed of this latest evidence and look at what is happening elsewhere around the world.”

While he acknowledged that the industry had to improve consumer protection standards, Proctor warned that enhanced safeguards must not lead to restrictive regulation which makes the legal market less attractive to consumers.

“The report on the growth of the black market published by PwC today, is an important reminder of the complex challenges operators, Government and other stakeholders must address to ensure that the review of gambling regulation delivers genuine improvements in customer protection, rather than cosmetic change which might inadvertently open the door to greater unlicensed participation in the UK market,” he explained.

The report did suggest a correlation between more restrictive regulatory conditions and offshore activity. Despite the growth in offshore players, it concluded that Britain’s black market was smaller than in other territories, where gambling regulations were stricter.

It picked out countries such as France, Norway, Italy and Spain – where operators face tougher restrictions – as having particularly high levels of unlicensed activity.

“This analysis suggests that the UK has a more ‘open’ online gambling market and currently has a smaller unlicensed market share than our European benchmarks,” the report said.

“Whilst it is not possible to isolate the impact of individual regulatory characteristics, the above assessment suggests that jurisdictions with a higher unlicensed market share tend to exhibit one or more restrictive regulatory or licensing characteristics.”

The Gambling Commission has previously looked to play down the prospect of players migrating to offshore sites. Its chief executive Neil McArthur said figures used in PWC’s 2019 report should be treated “cautiously” in a letter to the All Party Parliamentary Group

Furthermore, he suggested the claim there was 210,000 players gambling on the black market was “not consistent with the intelligence picture, including reports received by the Commission, from the public or other appropriate bodies such as law enforcement”.

In his response to the latest PWC report, William Hill CEO Ulrik Bengtsson instead highlighted McArthur’s warning that criminals were “demonstrating increasing sophistication, complexity and capability” in circumventing British regulations.

“This is also our view of the gambling black market: it is a growing problem that we must confront,” Bengtsson said. “The reason is that unlicensed operators do not offer the same protections as licensed companies. They do not have any of the safer gambling protocols in place that we use, there are no age verification checks, no anti-money laundering precautions, or any of the consumer protections that are now standard in the industry.”

Bengtsson said PWC’s evidence of the black market growing was backed up by the regulator’s own successes in tackling offshore activity. He pointed out that in 2019-20, the Commission carried out 59 enforcement action against unlicensed operators, a number that had already risen to 74 in 2020-21 to date.

“We want everyone who gambles to be certain that the operator who’s taking their bets plays by the rules,” he continued. “The problem is, that’s not always the case, and that’s a problem for our customers, for us and for the whole betting industry.

“We are pleased that the Government has rightly included this issue as an area of focus in the Gambling Act Review consultation.”