The Danish Advertising Board Spilreklamenævnet has found a Mr Green Casino advertisement which aired over the Christmas period in 2020 in violation of its code of conduct, in its first ruling since being created. 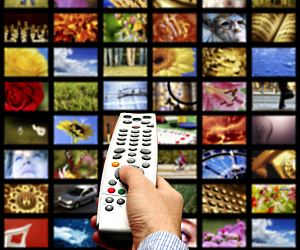 The operator-led advertising board launched last month , designed as a body whereby consumers and organisations can file complaints about gambling marketing activities.

Operators and associations such as Danske Spil, Elite Gaming, Dansk Automat Brancheforening and Dansk Kasinoforening have all signed up to support the organisation. This case represented the board’s first ruling.

It had received complaints about the ad which aired on Danish channel TV2 in December of last year, directly before the showing of the Christmas film Juleønsket.

Complaints stemmed from the perceived targeting of a gambling ad at an audience of children, which is strictly prohibited in the board’s code of conduct.

Mr Green argued that it had purchased advertising space from TV2 in the 18+ and 21+ categories, and that the channel is responsible for scheduling the placement of the adverts.

TV2 has argued that Juleønsket is classified as family entertainment rather than a children’s film, meaning that the placement of the ad broke no rules and was perfectly in keeping with advertising standards.

The ad was subsequently removed from the Christmas calendar, but the board has decided to take note of the case.

Four board members – Thomas Marcussen, Lars Pynt Andersen, Kate Jacquerot and Jacob Scherfig – agreed that Juleønsket should be classified as children’s programming, and that the responsibility for the scheduling should fall with the operator rather than the TV channel.

They said: “We find that it is the gaming provider’s responsibility – in the form of more detailed agreements with the media in question – to ensure that gambling advertisements are not directed at children and young people under 18 years of age. We thus find that it is not sufficient to enter into an exposure agreement alone in the age category 18+ or 21+.

“As the defendant in this case has not ensured that the gaming advertisement was not aimed at children and young people under the age of 18, we find that the marketing initiative was in violation of the rules on marketing in the Gaming Act and in the Code of Conduct for the Gaming Industry. We thus vote in favor of the board expressing criticism of this.”

Board member Morten Rønde disagreed and issued a dissenting opinion, arguing that the responsibility lies with the TV channel rather than the operator.