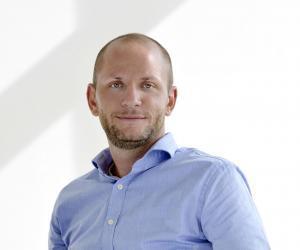 GiG will now be able to refer website traffic to regulated casinos and sportsbooks on a cost-per-acquisition basis, starting in the first quarter of 2019.

When asked today (January 17) by iGamingBusiness to elaborate on the development and explain the possible role that the existing GiG Affiliates operation might play under the registration, GiG refused to comment.

However, in a press release, GiG said that it had bolstered its media services arm over the past 12 months by “building up portfolio assets to target the US and this is the first step towards monetising those websites and marketing channels”.

GiG added that it would apply for registrations in other states as and when opportunities present themselves, although chief operations officer Richard Brown said that the company expects the state-by-state legalisation of sports betting to materialise at a slow rate.

GiG CEO Robin Reed (pictured) confirmed at the start of November that the company was in the process of applying for a licence for its affiliate business in New Jersey.

This further expanded its presence in the state, where it already powers Hard Rock's online casino offering in the state. November 2018 also saw GiG confirm that its omni-channel sportsbook is set to go live with Hard Rock in New Jersey in the first quarter of 2019 after the two parties rubber-stamped an expanded partnership.

Brown added today: “There is strong competition in the market, but we are confident we can replicate, in the US, the success we have achieved in the highly competitive European markets.”

Significant developments last year included Catena Media’s acquisition of New Jersey iGaming affiliate BonusSeeker.com, while Cherry subsidiary Game Lounge confirmed it would establish a base in the state after seizing control of the BetNJ.com domain name.

Similarly, Better Collective CEO Jesper Søgaard said last year that the company is anticipating significant growth in the state, where it has held an affiliate licence for casino traffic since 2014.

The likes of BettingExpert and RakeTech were also active in terms of M&A strategies focusing on the US market last year, while Gambling.com recently relaunched Bookies.com as a US-facing service.