A committee report detailing links between Philippine offshore gaming operators (POGOs) and crimes including prostitution and human trafficking has been presented to the country's Senate. 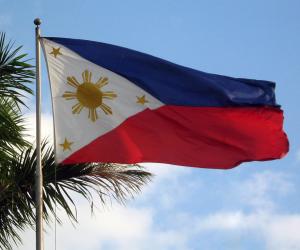 The report found “a clear link between the rise of the POGO industry and the increase in cases of prostitution and human trafficking”.

Raids from the National Bureau of Investigation (NBI) found prostitution dens which catered exclusively to Chinese clientele – the majority of whom are POGO employees. This corroborated the report’s findings that the rise in the number of dens correlated with the increased number of POGOs operating in Manila.

Investigations also found that WeChat was being used to coordinate sexual encounters. The report also contained testimony from underage girls who had been recruited for the operation, the youngest of whom was 14 years old.

Four Chinese individuals working for an unnamed POGO were arrested as part of an NBI special operation which found that a Taiwanese national had been transferred to the company, before having her passport seized and being subjected to sexual harassment.

The report said: “The POGO industry has exacerbated local prostitution and human trafficking. It also encouraged inbound prostitution, with the creation of ‘Chinese-only’ prostitution that made the country a destination for foreign trafficked women on a scale not seen before.

“The Committee recommends the forging of bilateral treaties to protect foreign women from trafficking and prostitution, inasmuch as law enforcement reported the lack of responsive coordination from the Chinese embassy when the matter of the rescued Chinese women were brought to their attention.

“Current laws on trafficking must be amended to address the use of online platforms for criminal ends and to immediately pass the amendments to the Anti-Trafficking in Persons Act. The current Anti-Prostitution Law should likewise be amended to reflect the reality of technology-abetted prostitution.”

Links to prostitution and criminality had previously prompted the Philippine city of Makati to cease issuing licences to POGOs back in 2019. The country also imposed additional taxes on POGOs last year.