The recent decision by the southern state of Andhra Pradesh to ban skill gaming has huge repercussions for the country’s skill gaming industry, with some fearing other states may follow suit. Joanne Christie reports 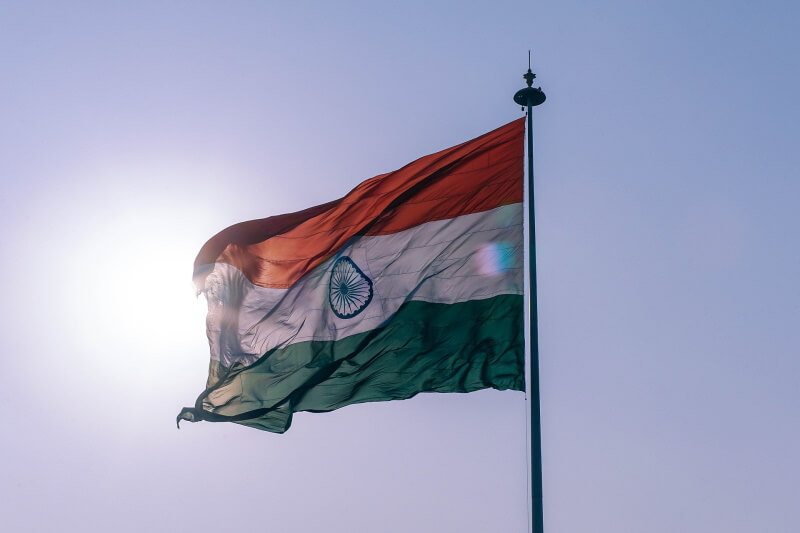 When it comes to emerging online gambling jurisdictions, there are few countries with more long-term promise for operators than India.

The country’s population is nearing that of China, it has good internet connectivity and it has a young and growing population, and cricket has a huge following.

But for operators looking to enter the market legitimately, at present the options are somewhat limited. Online casino is illegal and while hopes have been raised in recent years about the possibility of sports betting regulation, these have come to nothing thus far.

However, while games of chance are mostly illegal in India, games of skill are mostly permitted, thanks to a combination of the country’s constitution and various court rulings on the matter.

There are therefore a number of established domestic skill gaming operators, as well as an increasing number of foreign operators using skill games such as poker to gain a foothold in the sub-continent.

But the recent decision by the state of Andhra Pradesh, India’s seventh largest, to ban all forms of real money gaming, including skills games, has cast a shadow over India’s skill gaming industry. First announced in early September, an ordinance was swiftly passed on September 25, with most skill gaming operators in the state having geoblocked players since.

“Obviously it is a setback for the online skill gaming industry,” says Roland Landers, CEO at the All India Gaming Federation (AIGF). “Andhra Pradesh was a big state for the industry.”

It is a particularly big blow to rummy operators as it is in the southern states of the country that rummy is most popular.

Bhavin Pandya, CEO of Games24x7, which runs India’s biggest rummy site Rummy Circle, says the decision has huge implications on its business: “It was the largest state for us so the impact is major.”

He sees the move as having been largely a political one. “In the general election that happened in 2019, the incumbent [Chandrababu Naidu], who was supposed to come back into power, surprisingly lost the election and the new chief minister [Y. S. Jagan Mohan Reddy] who took his place was constantly told by his team that this is a big problem in our state, that Telangana has banned it and we should too.”

Neighbouring state Telangana – which was joined to Andhra Pradesh as one state until 2014 –banned skill gaming back in 2017.

“After Telangana happened, we had our eyes and ears close to the ground and whenever we got some movement on this front, the industry was quick to give out the right kind of information to the relevant regulators and stakeholders,” says Pandya. “But after a point I think there was just a lot of negative media so they decided to go ahead anyway without even hearing the industry out.”

He says the lack of consultation was particularly disappointing given the steps taken by the rummy industry to self-regulate and ensure responsible gambling measures were in place.

In late 2017 non-profit The Rummy Federation was set up to develop a framework of standards for the growing industry. And Rummy Circle itself set up Game Prudence, a counselling service aimed at helping prevent problem gambling.

“We were doing everything and leaving no stone unturned to make sure that we were operating very responsibly, so for the government not to hear our side of the story and to take such drastic steps is certainly disappointing,” says Pandya.

Tarred with the same brush

Part of the problem is that there has been growing concern about the negative impact of gambling and a number of high-profile reports about companies cheating customers in recent times. But skill gaming companies say that legislators have failed to differentiate between legitimate and non-legitimate gaming before taking action.

“There has been a blurring of lines between games of skill – platforms that are all Indian registered companies – and those offering games of chance online, which are mainly run in the grey market by offshore websites. The lack of differentiation between the two has caused problems,” says Landers.

“The offshore betting and gambling websites are a cause for concern for all Indian stakeholders. They use the loopholes that exist in the market and that really causes problems and is definitely an issue that we at the AIGF are trying to highlight because we have to protect the Indian online skill gaming industry.”

The anti-gambling sentiment has been fuelled by a rise in online gaming activity during the novel coronavirus (Covid-19) pandemic, says Ranjana Adhikari, co-head of the media, entertainment and gaming practice at law firm Nishith Desai Associates.

“Over the last six to eight months, as the consumer base and profit margins improved, the investor confidence grew in these gaming companies. But at the same time, it also attracted the ire of some politicians and litigants, who raised questions on the legitimacy of the skill gaming industry and also announced restrictions in some cases.”

Worryingly, she says it’s possible such bans could expand into other states. “We are a multi-party system in India. It is not uncommon for the politicians of one state to be influenced by the views of political parties in other states, especially if they belong to the same party or have a political alliance for power.

“Therefore, a decision taken in one state always has the potential to have a cascading effect on the political will of other states too.”

Indeed, in mid-September Karnataka BJP MP K C Ramamurthy even went so far as to call for a ban on rummy throughout the entire country in India’s upper house of Parliament, the Rajya Sabha.

However, Landers says that many states do recognise the benefits of skill gaming.

“The online skill gaming industry, a beneficiary of the Digital India initiatives, creates jobs and contributes revenues to the exchequer in terms of direct and indirect taxation, so over the last three years if not more, a lot of the states have seen value in terms of differentiating games of skill operators, who are technology providers that provide gaming platforms as a service,” he explains.

And as with Telangana, he says the Andhra Pradesh ban is most certainly going to be challenged via the courts.

Pandya agrees and says: “We will be challenging this ordinance very, very swiftly. We are expediting our approach to the courts – to the high courts first and then higher courts if we have to – because this is not right, we have protection under the constitution to be able to run games of skill for money.”

“Now when you have that and if you have a law essentially banning that, it can be challenged as being at odds with the constitution, the main body of laws in the country from where the powers to legislate are derived. Telangana law has been challenged on this basis.

“There is an argument to be made that the bans might be in violation of what the constitution seeks to protect.”

But as Landers put it, “courts do take time and normally cases take a couple of years, if not more to decide”, so there is not likely to be a quick fix for India’s rummy operators.

In the meantime, with a dwindling number of states in the south now allowing skill gaming, rummy operators in particular will find it difficult to make up for the lost revenues.

Although one might assume that Andhra Pradesh and Telangana are just two states of 29 in India, they were especially important states for the rummy vertical because gaming preferences are very different across the different regions of the country, says Pandya.

“With rummy we are trying to make inroads into the north, but given its predominantly southern popularity, breaking through into the north has certainly been a challenge.”

He adds, however, that the company also offers fantasy sports via its site My11Circle, and that this vertical has more widespread appeal. Indeed, such is the current popularity of fantasy sports in India that the country’s only gaming unicorn, Dream11, has this year become the title sponsor for the Indian Premier League.

“There are other games of skill for money that are doing well, like fantasy sports, so that is one place to look to replace revenue. Fantasy is popular pan-India so there is an opportunity there,” says Pandya.

“In addition to that, some sort of diversification strategy will have to be brought in, but all of those things will first cost money before they start making money, so in the short term it is going to be very difficult.”

It may prove easier for those operators that also offer poker, with the game having attracted a lot of interest from operators, consumers and investors across the country as a whole in recent years.

“Poker has gotten a lot of interest from some foreign and domestic foreign operators,” says Adhikari. “You’ve got Pokerstars, which is doing phenomenally well in the country. Then you have a lot of homegrown poker companies.”

Poker’s legitimacy is less well-established, however, as while there are Supreme Court rulings that have declared rummy to be a game of skill, there are no such rulings for poker. This is one reason some operators have preferred to focus on rummy.

Nonetheless, Adhikari says she believes poker does sit within skill gaming. “I think the fundamental principles that were laid down in the rummy case are also fairly applicable to the poker format, as long as similar principles are being used.”

Of course, whether poker can be described as a skill game or not is something of a moot point if skill gaming itself is banned.

Whether or not there will be any further spread of skill gaming bans across India’s states remains to be seen, but for those hoping for a relaxation of India’s anti-gambling stance, recent developments would seem to be a step in the wrong direction.