Bulgarian lawmakers have outlined plans for the closure of all gambling halls other than a limited number of integrated casino resorts close to the country’s borders. 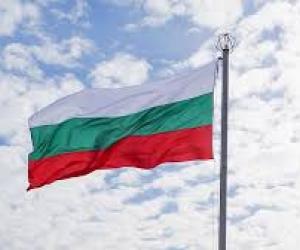 Bulgarian lawmakers have outlined plans for the closure of all gaming halls other than a limited number of integrated casino resorts close to the country’s borders. A bill was submitted in Bulgaria’s National Assembly at the end of last week, would ban all gambling halls across the country other than a maximum 10 resorts at five-star hotels, which must be within 2km of the country’s borders. Around 600 existing casinos and gambling halls would be closed by 2025 at the latest under the plan set out in the bill, which was proposed by Valeri Simeonov, one of the leaders of the National Front for Salvation Party. “I hope we will be supported,” Simeonov said. “I think we will be supported, because this is a natural continuation of the battle we started with (gambling tycoon) Vasil Bozhkov’s business. With that, success was actually achieved in literally a few weeks, when there is unanimity the results are there. I hope that this time too we will do a good job in the interest of the Bulgarian society.” The Bulgarian Gambling Association (BGA) blasted the plan, saying the “drastic change” would lead to 30,000 job losses, 75% of establishments closing and negative consequences on the gaming sector, the state budget and legal entities. BGA chief executive Angel Iribozov said the changes would lead to an increase in unregulated gambling as well as direct and indirect losses for the state budget, thanks to the closure of businesses and resultant unemployment. “We believe that any change in legislation should be subject to broad public discussion and involvement of all participants, as well as carefully assess the possible effects on industry and the state budget,” Iribozov said. “The bill proposed by MP Valeri Simeonov and a group of MPs will put an end to the competitive conditions for the development of a regulated gambling business in the Republic of Bulgaria. It reinforces the feeling of bias and deterioration of the competitive environment, business initiative and the creation of privileges for some businesses at the expense of others – including the state.” Another gambling bill has also been proposed by the GERB party, which would replace the existing regulator with a new State Gambling Agency independent of the Ministry of Finance. GERB MPs also want to end the prohibition on the state-owned Bulgarian Sport Totalisator offering online casino. Bulgaria’s gambling sector has endured a turbulent time with Alexander Georgiev having resigned as head of the country’s State Gambling Commission (SCC) in February following his detention by police in relation to an ongoing investigation into gambling mogul Vasil Bozhkov. Bozhkov was arrested in the UAE in February on charges he is facing at home of tax fraud, attempted bribery, and organised crime, with the Eurofootball business that he owns having its licence suspended by the SCC in March. In January Simenov introduced a bill that would ban private lotteries in the country, effectively giving Sport Totalisator a monopoly for the vertical. This prompted sportsbook solutions provider Kambi to end its supply contract with 7777.bg operator National Lottery AD. Casinos reopened in Bulgaria at the start of June after being closed following the outbreak of the novel coronavirus in March.