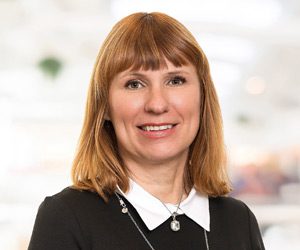 Sweden’s regulator has again warned prospective licensees that they risk missing out on the launch of the new market in January due to errors in their applications.

60 licence applications have been submitted since Lotteriinspektionen began the process on August 1, with 55 for online gaming.

iGamingBusiness.com understands the first licences could be issued in mid-November – six weeks before the January launch.

The regulator urged applicants to submit their documents as early as possible after the August 1 opening – and 22 were received on day one. However, director general Camilla Rosenberg (pictured) has now told operators that their Swedish launch might be delayed if their applications are not fully completed.

“A review of all applications shows that many gaming companies need to come up with comprehensive additions,” Rosenberg said in a statement. “We have begun to send out the request for completions and the gaming companies who do not submit completions within the specified time may not be licensed until January 1, 2019.”

Lotteriinspektionen added that its priority is processing applications rather than asking wider questions about the new reregulated market. Rosenberg said that while the body would answer individual companies’ questions, it would primarily liaise with trade associations SPER and BOS.

Rosenberg also told operators that Lotteriinspektionen is not able to define some terms of the Gambling Act and application process, such as advertising, which it regulates along with the Comsumer Agency.

“Definitions and concepts like ‘moderate marketing’ will be clarified through jurisprudence, as in all legislative areas. We cannot provide advance notice of how the legislation should be interpreted in individual cases,” Rosenberg said.

“The starting point for the interpretation of different provisions of the new spell legislation is the intentions of the whole reform; namely a safe and secure gaming market where we jointly help to reduce the harmful effects of gaming and create a positive gaming experience.”

Kindred Group, Betsson and Cherry, as well as Svenska Spel and ATG, are among the big names to have applied for licences in Sweden over the last two months.

Prior to August, a Lotteriinspektionen source told iGamingBusiness.com that around 70 applications were expected.