The arrival of the Betting and Gaming Council comes at a time when the industry finds itself under pressure to demonstrate its commitment to safer gambling, with marketing compliance at the centre of the debates. Income Access' Erica Anderson discussed the path forward with three experienced stakeholders 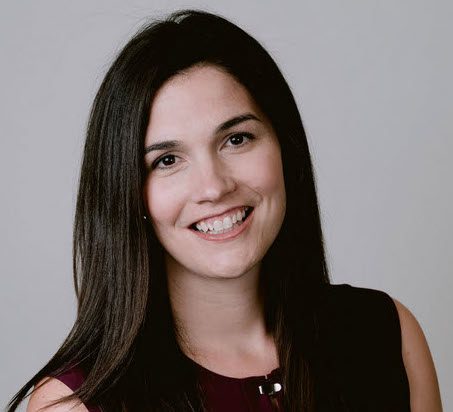 The arrival of the Betting and Gaming Council comes at a time when the industry finds itself under pressure to demonstrate its commitment to safer gambling, with marketing compliance at the centre of the debates. Income Access' Erica Anderson discussed the path forward with three experienced stakeholders.

“What is BGC doing?” Those words welcome visitors to the website homepage of the recently launched Betting and Gaming Council. For a comprehensive answer to the question, the site highlights the association’s dedication to responsible advertising as well as an uncompromising stance with regards to age verification requirements and self-exclusion programmes.

The arrival of the BGC comes at a time when concerns and commitments regarding safer gambling practices have reached fever pitch, the subject matter more omnipresent than ever. It’s within that context that we spoke to three experienced industry stakeholders, each approaching the discussion from a different vantage point but unified in their belief that safer gambling practices are as essential as they are inevitable.
Standards for safety

Mathew Symmonds, director and founder at Web Analysis Solutions, explains that an association like the BGC is important not just for its mandate but also for the way in which it has been structured.

“As an affiliate, it will help us to operate more effectively in regulated markets and will also mean that, given that the BGC has been founded by operators, it will be directed by those who understand the industry and how affiliates work,” says Symmonds. “Having strong industry associations like this means that conversations take place before policies, rules and regulations are enforced, leading to decisions that are practical and achievable.”

The BGC launch arrived in tandem with a list of five core safer gambling commitments, the development of which was facilitated by The Senet Group, an independent body created to promote responsible gambling standards. A major focus of the commitments is education, evidenced by the allocation of £10m in funding for a national education programme that is “designed and delivered by relevant experts for children and young people over the next four years”.

Kindred Group head of affiliates Ryan Henderson is encouraged by the role that operator-led groups could have on the conversation surrounding safer gambling practices. “I would hope that the BGC seize the opportunity to present the other side of the social responsibility (SR)/responsible gambling (RG) argument in the press and with regulators,” he says. “I would expect to see similar bodies set up elsewhere. We already have a similar body operating in Sweden, trying to help the government there manage their recent regulation.”

Ian Sims, founder at Rightlander, which specialises in software that monitors and identifies misleading advertising, brings a similar sense of anticipation with regards to the UK and to what extent other regions will follow in its footsteps. Moreover, he specifically looks forward to seeing how affiliate marketers respond to the push for increased compliance standards.

“The number of markets which are at an early stage of regulation will present new challenges as they learn the ropes and decide on strategy. Some may follow the UK lead while others may be more haphazard,” says Sims. “For affiliates to engage with compliance, it is imperative that they understand what they have to do. This may result in more culling [by operators] of affiliates that are either unable or unwilling to invest the time in research. Operators may need to assist them or consider reducing the size of their affiliate base until that knowledge is widespread.”

Corporate social responsibility
In September, two months before the launch of the BGC was announced, the UK Gambling Commission (UKGC) held its first-ever marketing co-creation workshop. The workshop provided an opportunity for marketing professionals from a range of gambling businesses to discuss topics such as ‘brand, marketing and the safer gambling approach’. One challenge identified by the attending delegates was the question as to whether safer gambling is part of a permanent brand identity or a short-term campaign.

Considering this question from the affiliate perspective, Symmonds says that operating a compliant business in an industry subject to ever-evolving regulation is essential to ensuring long-term viability.

“We wholly believe in safer gambling in that our revenue is more sustainable when it is made from players who are only risking what they can afford to lose,” he says. “If we referred unsafe gamblers, then we would not only be irresponsible and potentially attract regulatory implications, but we would also see potentially shorter player lifetimes and the need to adapt the way we do business to attract more transient players.”

Henderson, who is equally resolute in the need for stronger action, emphasises the need for promoting efforts made by industry stakeholders to buttress the movement towards safer gambling practices.

“It is critically important that we, as an industry, manage the conversation around SR and RG so that we highlight the important work that we as an industry are doing,” says Henderson. “Examples include [Kindred Group] efforts with Derby County football club in the UK around mental health and similar work with horse racing. We also lead by way of the RG messaging in our advertising, which encompasses affiliate marketing and other digital channels, across many of the markets that we operate in.”

As more weight and resources are invested in educating the public about safer gambling and the industry’s proactive role in those efforts, there also remains a need for operators and affiliates to work together to support their own continued education.

As Sims point out, in an evolving regulatory landscape, it’s important to ensure that respective parties know what is expected from them and what they should expect from each other. “Education is key,” he says. “It probably has to filter down from operators and game developers or maybe affiliates should need to demonstrate they have an understanding to operators before being accepted.”

Based on this ongoing conversation, that demonstration of understanding and responsiveness will play a crucial role in the expansion, evolution and perception of the igaming industry for years to come.